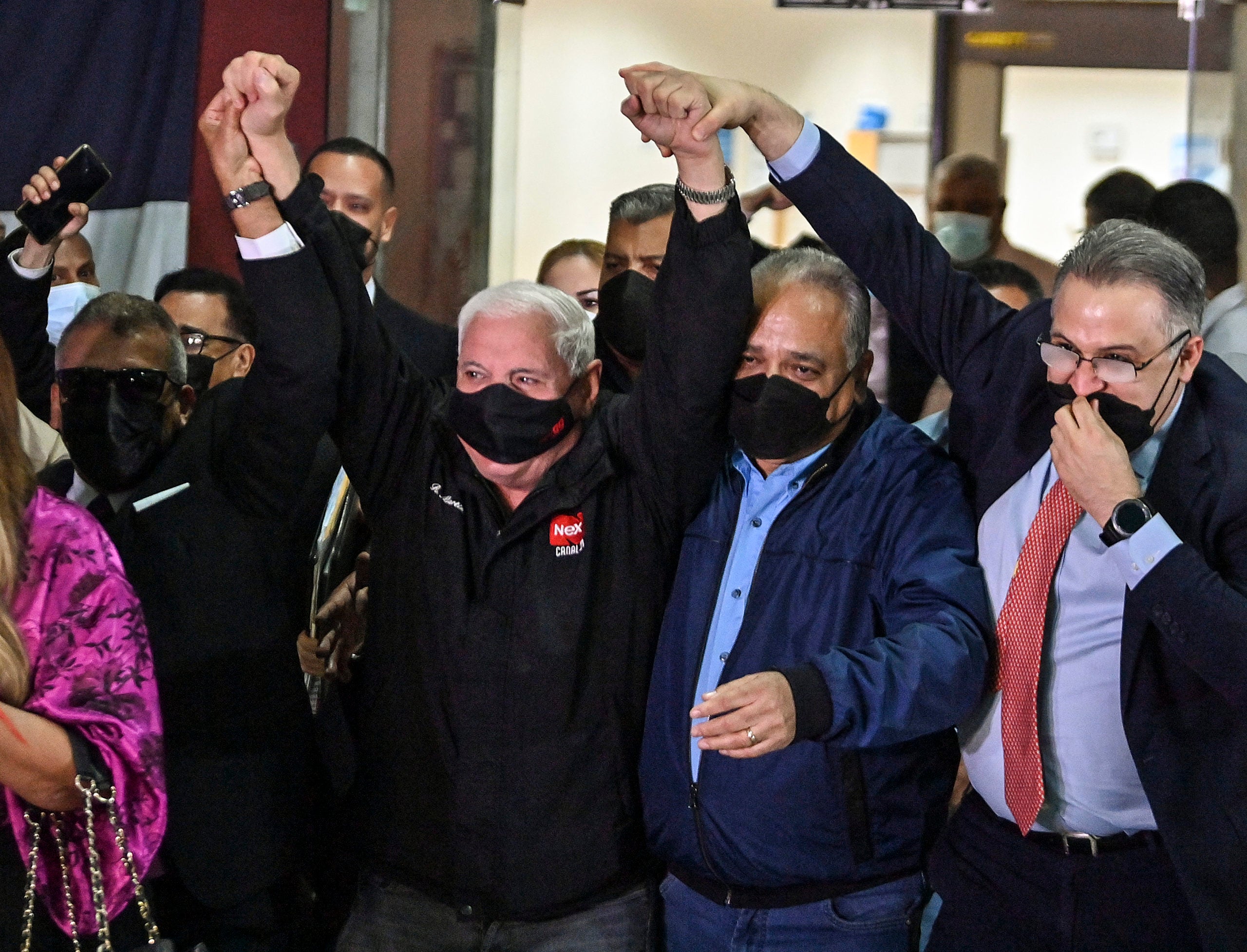 Former Panamanian president (2009-2014) Ricardo Martinelli (C-L) celebrates after he was found not guilty at the headquarters of the Accusatory Penal System in Panama City, on November 9 2021. – The Special Prosecutor’s Office against Organized Crime is trying Martinelli for illegal wiretapping on politicians, union leaders and journalists during his presidential tenure. The former president was already declared “not guilty” in this same case in 2019, but an appeals court overturned the sentence and ordered the trial to be repeated. (Photo by Luis ACOSTA / AFP)

The two men, who collectively led Panama between 2009 and 2019, were not present at a court hearing on Friday.

Prosecutors accused the pair of using front companies and foreign bank accounts to receive funds from Odebrecht between 2008 and 2014.

About 50 other people are implicated in the charges, including several former ministers, prosecutors said.

In 2016, Odebrecht pled guilty in a Brooklyn court to paying more than $788 million in bribes to government officials and political parties, mainly in Latin America, to win infrastructure contracts.

The Brazilian company admitted paying bribes worth $59 million in Panama in exchange for contracts to build public works.

It overbilled the Panamanian government for some of the projects, according to the Public Prosecutor’s Office.

Varela, who lead Panama from 2014 to 2019, was the first of the two former heads of state to be accused, and his right-wing Panamenista party was accused of receiving $10 million from Odebrecht.

Martinelli, president from 2009-2014 and a successful businessman, was also accused of illegally receiving money from Odebrecht.

He was “fully aware of the illicit origin of the funds” and had even set up “an entire illegal structure” to collect the bribes, prosecutors said.

Two of Martinelli’s sons, who are both in prison in the US after being extradited from Guatemala, have pled guilty to receiving $28 million from Odebrecht.