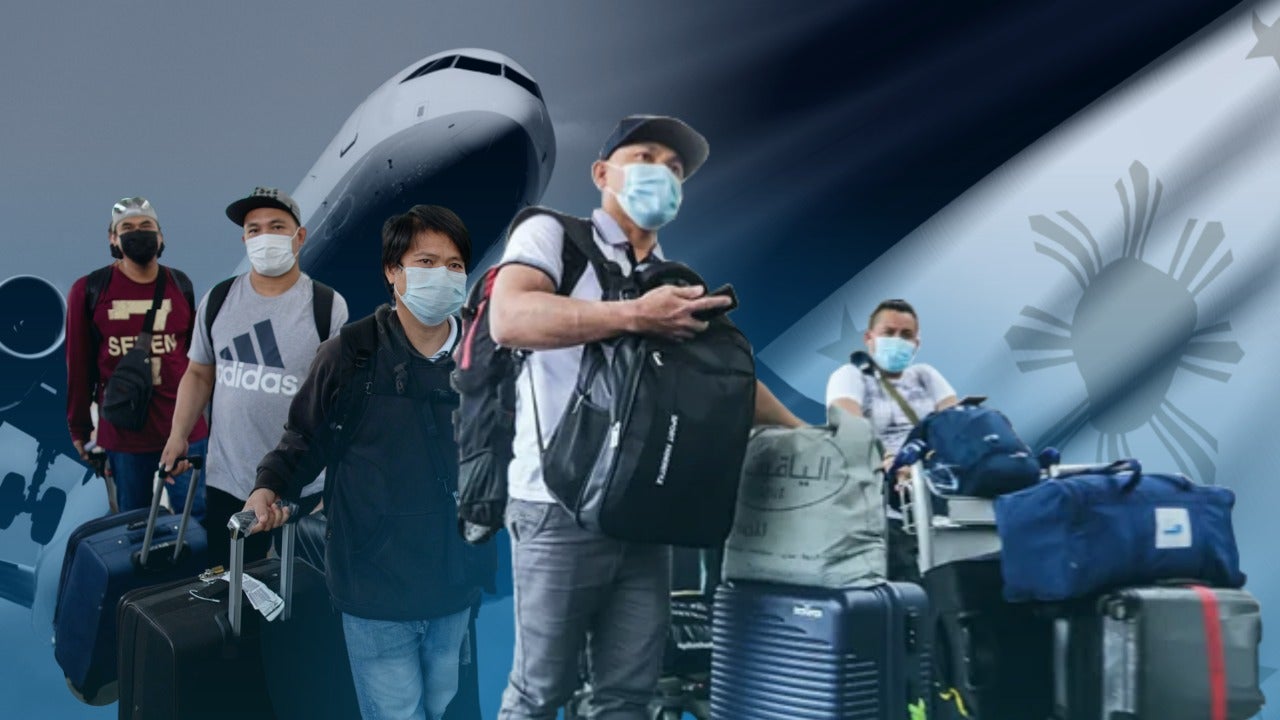 Repatriation, the Overseas Workers Welfare Administration (OWWA) said, is the process of returning a distressed OFW—or his or her remains—to his or her country of residence.

POEA Administrator Bernard Olalia said his office receives an average of 6,000 repatriation requests every year, the reason that the Department of Migrant Workers (DMW) launched a 24/7 hotline to act on requests for immediate repatriation.

Olalia said there was a need to have a “One Repat Center” to assist distressed migrant workers, pointing out that in 2019 and 2020, 9,000 and 6,000 OFWs, respectively, asked POEA to bring them home.

“Topmost reason for repatriation in 2019 was maltreatment and abuses, and in 2020, it became medical and border closure that they can’t go home due to the pandemic,” he said.

But from 2021 to date, Olalia said thousands of OFWs are requesting repatriation, with “end of contract” as the main reason, stressing that some have nowhere to go, especially because of travel restrictions in the past two years.

Taking OFWs out of Saudi

RELATED STORY: PH to resume deployment of workers to Saudi Arabia in November

Second on the list was Kuwait, followed by Qatar, Oman and Jordan. The DMW said the main reasons for the repatriation requests were contract violations, and physical, psychological and verbal violence.

Last year, the Philippine Overseas Labor Offices revealed that there were 4,302 cases of maltreatment, 21,127 cases of contract violation, 138 cases of contract substitution, 209 cases of sexual harassment, and 31 cases of rape in the Middle East in 2020.

Migrant Workers Undersecretary Hans Cacdac said on Thursday (Sept. 15) that the government, through the DMW, has negotiated the immediate repatriation of distressed OFWs in Saudi Arabia, saying that these OFWs, mostly domestic workers, needed urgent help. 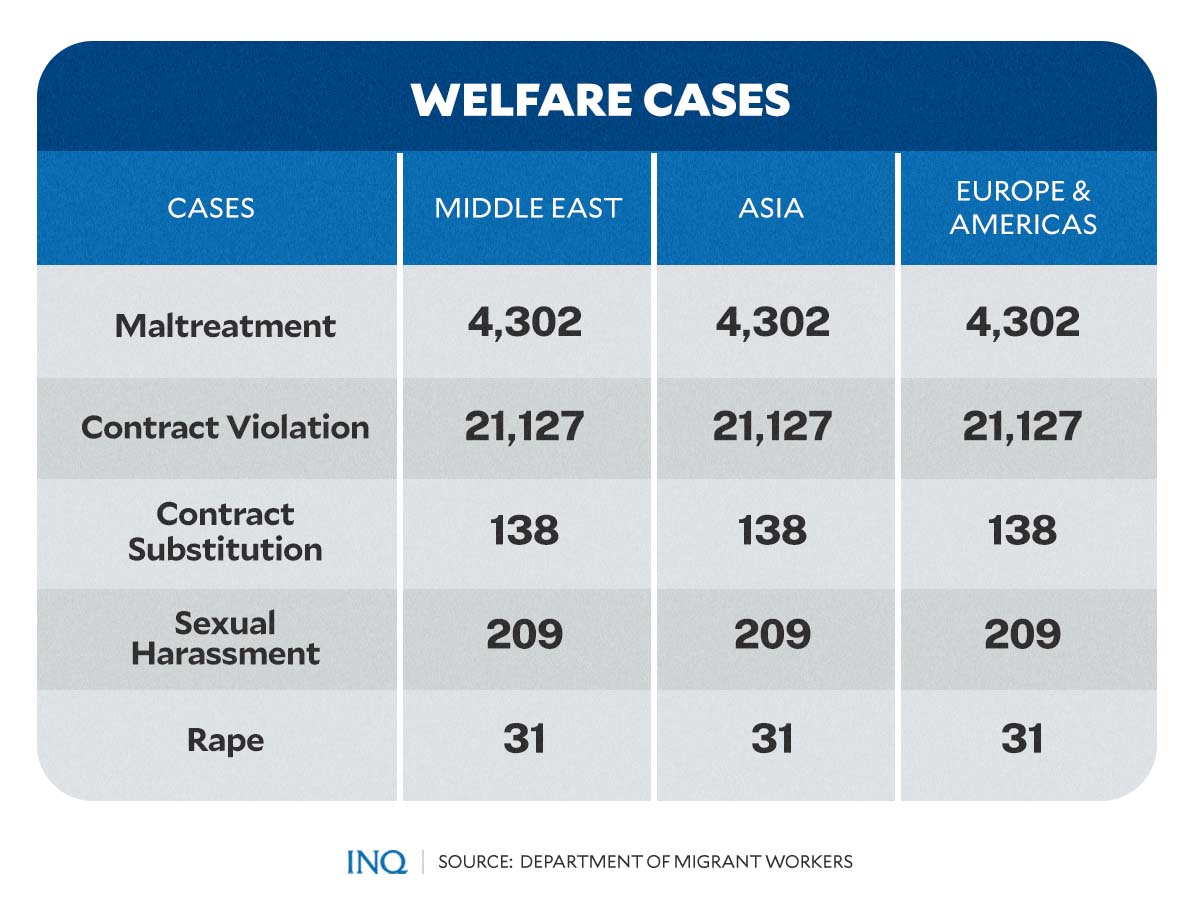 He said the repatriation process was one of the concerns discussed by Migrant Workers Secretary Toots Ople with the Saudi minister of labor, stressing that the repatriation of an OFW, who has a contract-related complaint or is abused, should be facilitated as soon as possible.

“No one can force a person to work especially in another country because that is slavery. That is slavery if they no longer want to work there but is not allowed to go home,” he said.

Cacdac said some 500 OFWs are presently staying in different shelters run by the Philippine government in Saudi Arabia. Out of the 500, 101 came home with Ople as the Saudi Arabia government agreed to their repatriation.

Leaving PH out of desperation

This, despite threats that come with working overseas. Looking back, the government, in 2018, stressed that there are countries , like Afghanistan, Iraq, Palestine, Syria, and Yemen, that are deemed “not safe” for OFWs. 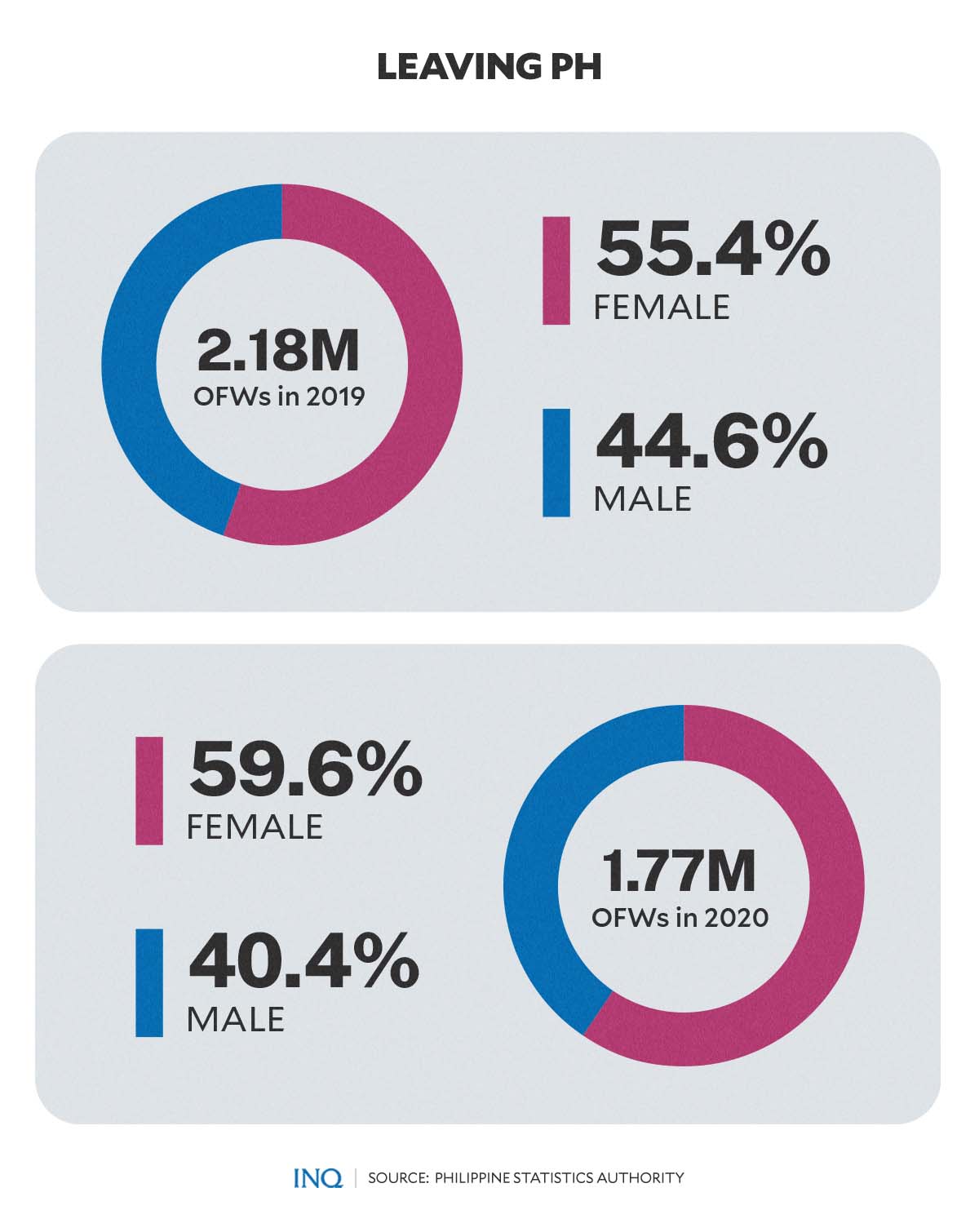 The PSA said by place of work, OFWs working in Asia accounted for 83.6 percent or 1.77 million—about 26.6 percent worked in Saudi Arabia, followed by the United Arab Emirates at 14.6 percent.

OFWs working in Europe were registered at 6.7 percent, while OFWs in North and South America and in Australia were reported at 5.2 percent and 3.4 percent, respectively.

Last Sept. 6, President Ferdinand Marcos Jr. told OFWs in Singapore that the government will improve working conditions in the Philippines as a way of thanking OFWs for their service not only to their own families but also to the entire country.

“Our Cabinet members are doing everything to improve the lives of our fellow Filipinos and improve the economy to create more jobs. If we become successful, then you can go home and work in the Philippines,” he said.

Currently, however, while the unemployment rate hit its lowest level—5.2 percent—since the start of the pandemic, the think tank Ibon Foundation stressed that “more and more Filipinos are forced to make do with informal work given the lack of better jobs” in the Philippines. 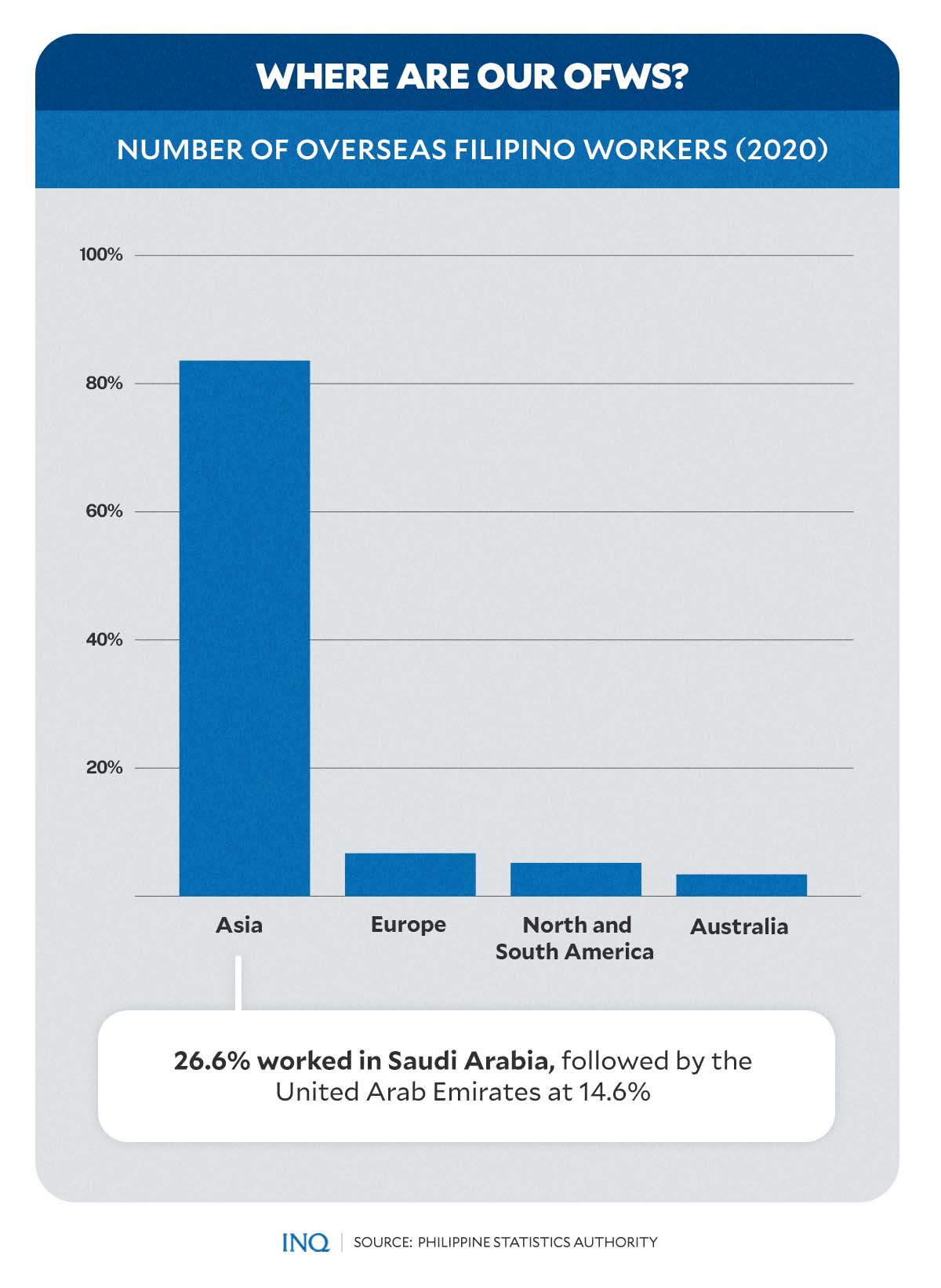 Comparing data in July 2022 with figures in January 2020, the number of employed Filipinos grew by 4.8 million from 42.5 million, however, the think tank noted that by hours worked, 54.7 percent of the jobs created were part-time.

Ibon Foundation stressed that while full-time workers—those working 40 hours and over—increased by 2.1 million, “[it] was not enough to offset the number of part-time workers.

Likewise, it stressed that the minimum wage in Metro Manila, which is already the highest at P570 per day, is still way below the think tank’s estimated family living wage of P1,107.