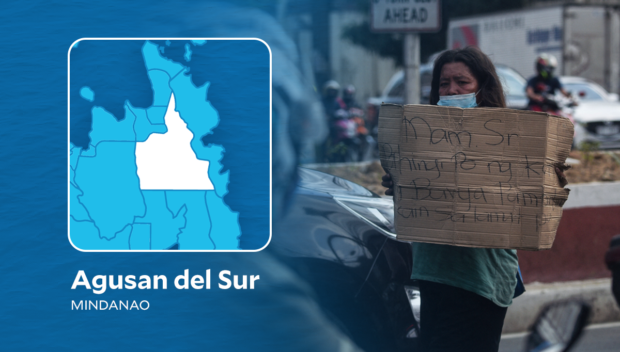 PROSPERIDAD, AGUSAN DEL SUR — Two lawmakers from this province are pushing for the adoption by the national government of an award-winning approach to combating rural poverty that has contributed to uplifting the lives of upland farmers from the devastation in 2012 of Typhoon “Pablo.”

Representatives Adolph Edward Plaza and Alfelito Bascug recently filed House Bill No. 3489, which seeks to establish the Upland Sustainable Agroforestry Development (USAD) program throughout the country, replicating a similar one being implemented in Agusan del Sur since 2013.

Plaza and Bascug believe that the program would help improve the lives of poor farmers in the hinterlands, who have to contend with limited access to funds, knowledge, technology, and the market.

Leyte Rep. Richard Gomez and 11 other lawmakers have co-authored the bill.

Last year, the Galing Pook Awards picked Agusan del Sur’s USAD program, which helped some 5,000 farmers in the hinterlands become more productive, as one of the 10 outstanding local governance programs.

The program started as a brainchild of Plaza, the province’s governor when Pablo struck in 2012, devastating the upland farming communities.

Unlike the usual provincial government initiatives at that time, USAD’s implementation was comprehensive and involved the farmers from the start.

The program participants, called farmer-enrollees, decided on the crops they would tend on their farms.

From there, USAD technicians provide free seedlings, give technical support, and frequently monitor the progress of their farms.

On harvest time, USAD assists the farmers sell their produce to traders who offer fair prices.

Among the 1,363 farmers who ventured into tree-growing, many are now beginning to reap the fruits of their waiting for the falcata trees to mature.

Falcata was the tree of choice for USAD beneficiaries because it matures earlier than other trees and has a pulp texture that wood processors favor.

It is also fit for lumber as it has a straighter trunk than other trees.

While waiting for the trees to mature within seven to nine years, the farmers were taught to intercrop with plants such as vegetables for their daily sustenance or cash, while others did farm jobs in other areas.

Buquir said the goal of USAD to bring down poverty in the province has started to become a reality.

An initial survey of 944 farmers showed that at least 549 of them, or 56 percent, had graduated from the poverty threshold, earning at least P22,000 a month.

Buquir added that the families of these farmers no longer experienced food shortage, had no school-aged members who dropped out, and no more incidence of teenage pregnancy and early marriages.

Plaza credits the program for the drop in Agusan del Sur poverty incidence among the population from 48.1 percent in 2012 to 37.9 percent in 2018.

In a joint statement, Plaza and Bascug said when replicated, the program would pave the way for underprivileged upland communities in the country to recover faster from calamities, participate in protecting the environment, and fight poverty.

About half of the country’s over 100 million people live in rural areas.