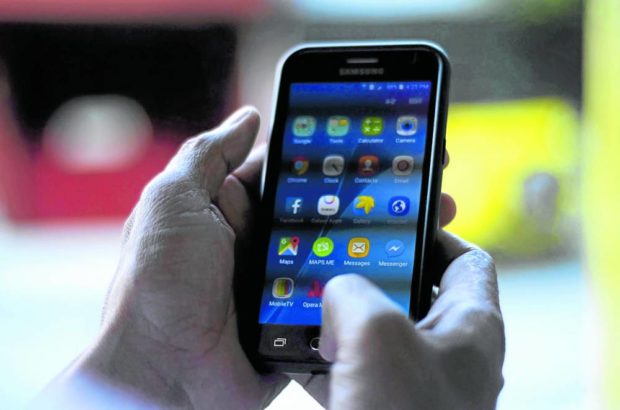 MANILA, Philippines — The House of Representatives has approved on second reading a bill requiring the registration of all postpaid and prepaid subscriber identity module (SIM) cards to prevent scammers and other criminals who “hide behind false identities.”

A total of 16 measures were consolidated into House Bill No. 14, or the proposed SIM Card Registration Act, principally authored by Speaker Martin Romualdez, which was passed on second reading on Wednesday without any amendments.

If passed into law, it would require telecommunications company and their authorized sellers to require a SIM card buyer to fill out and sign, in triplicate, a numbered registration form indicating the subscriber’s name, date of birth, gender and address as indicated on a valid ID with photo, and the assigned mobile and serial numbers. Those who refuse to register would not be allowed to buy a SIM card.

The information in the registration document will be held confidential unless the subscriber grants access through a written letter. Access can also be allowed through a court order or an official written request from a law enforcement agency investigating an offense involving the mobile number.

Telecom firms and their authorized SIM card sellers who fail to comply face fines ranging from P5,000 to P1 million depending on the number of violations. Government officials and workers who do not enforce the law will also be penalized.

Not a silver bullet

“It is an accepted fact that anonymity involved in prepaid SIM cards constitutes a major threat to our law enforcement. Banking and financial frauds, kidnapping, sexual exploitation of children, cybertheft, and other similar crimes have been reported but remain unsolved due to the untraceable nature of disposable SIM cards,” Tiangco said in his sponsorship speech. While noting that the bill would not be a “silver bullet” against text scams, he expressed confidence it would help deter “unscrupulous people victimizing our fellow countrymen.”

For Acidre, requiring the registration of SIM cards will make users accountable for everything that they do since they can no longer hide behind “false identities.”

“Too many Filipinos are falling prey to these online and text scams … Technology should make our lives better, and it is our duty to keep it so,” he said. With a mobile phone SIM card costing around P30 readily available in convenience and sari-sari stores, a World Bank 2020 report found that 100 Filipinos have 137 cell-phone subscriptions which indicated ownership of multiple SIM cards.

The bill’s explanatory note said that while the affordability and accessibility of SIM cards “resulted in the democratization of mobile communications,” the lack of regulations had also resulted in scams.

This has made it “nearly impossible to trace the persons behind the text scams and hold them accountable for fraud, breach of data privacy or other punishable offenses that they committed using an unknown mobile number,” it added.

A similar bill was vetoed earlier this year by former President Rodrigo Duterte who cited the likelihood of state intrusion and surveillance threatening constitutionally guaranteed rights with the inclusion of social media in the measure.