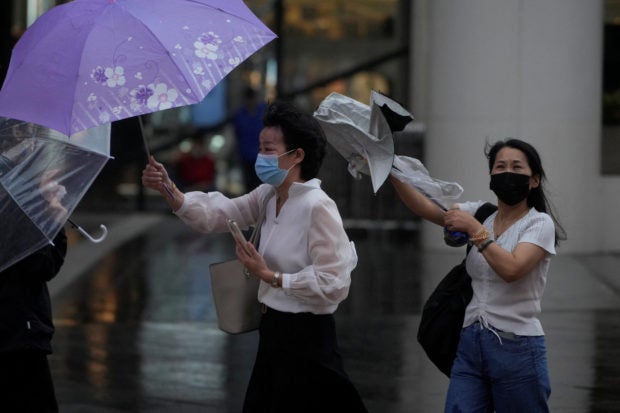 BEIJING — Typoon Muifa was downgraded to a strong tropical storm by Chinese weather forecasters on Thursday, but it will bring heavy rains and flash flooding across several provinces as it moves north across populated coastal provinces.

The 12th cyclone of the year, which local media said was the strongest tropical cyclone to reach the populous Yangtze River Delta in the past 10 years, made landfall overnight in Shanghai.

Traveling at a speed of 20-30 km per hour (12-19 miles per hour) in a north-westerly direction, Muifa is now expected to skirt along the eastern coast of Jiangsu province and cross the Shandong peninsula, the China Meteorological Administration said.

Various areas could see maximum hourly rainfall of 30 to 60 mm (1 to 2 inches), with some localities exceeding 70 mm (3 inches).