One dead, two wounded in shooting at Thai military facility 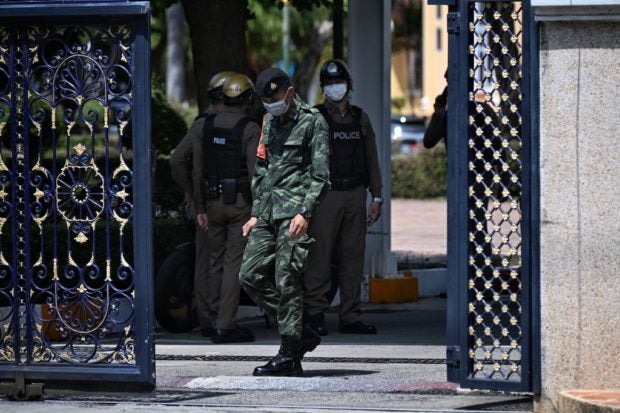 BANGKOK, Thailand — A gunman killed one person and wounded two others in a shooting at a military facility in Bangkok on Wednesday, Thai police told AFP.

Deputy national police spokesman Kissana Phathanacharoen said a suspect had been detained after the incident at the Army Training Command Department, part of a large complex of military buildings in the north of the capital.

Local media reported that the suspect is a soldier, though the motives for the shooting were not immediately clear.

“The shooting caused one death and two injuries, local police have taken control of the situation,” Kissana Phathanacharoen told AFP.

“We are able to detain a suspect already.”

In 2020, a soldier gunned down 29 people in a 17-hour rampage and wounded scores more before he was shot dead by commandos in an incident that shocked Thailand.

That mass shooting was linked to a debt dispute between gunman Sergeant-Major Jakrapanth Thomma and a senior officer, and the military top brass were at pains to portray the killer as a rogue soldier.

The military has powerful influence in many aspects of life in Thailand from politics to business, and has intervened to seize power numerous times over the decades, most recently in 2014.