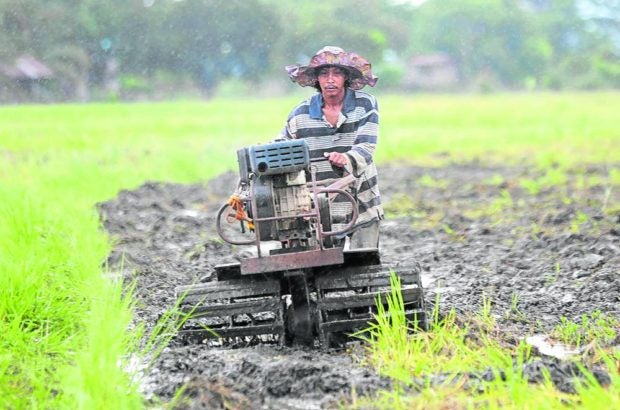 MANILA, Philippines — President Ferdinand Marcos Jr. signed on Tuesday an executive order (EO) imposing a one-year moratorium on the annual amortization and interest payments of agrarian reform beneficiaries (ARBs), fulfilling a promise he made in his first State of the Nation Address (Sona) last July to alleviate their financial burden.

In a statement on his Facebook page, the president said EO 4 aims “to help unburden as many as 654,000 agrarian reform beneficiaries of their debts and allow them to focus on productivity.”

The EO also cited the “continuing disruptive effects” of the COVID-19 pandemic, “new challenges” posed on the production of crops due to the ongoing crisis in Ukraine, and the “pernicious effects” of climate change as reasons for freezing the payments.

“[T]his administration finds it necessary to provide continuing economic relief [for] agrarian reform beneficiaries in order to assist them in the process of recovery, and ensure food security in the country amidst these global uncertainties,” the EO stated.

The signing took place during a ceremony at Heroes Hall in Malacañang. Pictures and footage of the event released by the Palace showed several people, including Speaker Martin Romualdez, Sen. Imee Marcos, and Agrarian Reform Secretary Conrado Estrella III, witnessing the signing.

EO 4 specifically suspends the payments for the total cost of land awarded to ARBs through Presidential Decree No. 27, including the interest of 6 percent a year, and the principal value, also including the 6-percent annual interest, of the 30-year land amortization of ARBs under Republic Act No. 6657, or the Comprehensive Agrarian Reform Law of 1988, as amended.

The EO took effect upon its publication in the Official Gazette on Tuesday, which is also the start of the year-long moratorium.

Under the EO, the Department of Agrarian Reform (DAR) and the Land Bank of the Philippines were directed to formulate the rules and regulations for the implementation of the moratorium, subject to general banking laws and regulations of the Bangko Sentral ng Pilipinas, and other laws and issuances.

The EO will allow ARBs to use the money allocated for loan repayments to develop their farms, maximize their capacity to produce, and help propel the growth of the economy, the agrarian reform department said.

Marcos has also urged Congress to craft a law on the condonation of the loans of ARBs with unpaid amortization and interests.

He said the condonation of the existing agrarian reform loans would cover 654,000 beneficiaries with debts totaling P58.12 billion and tilling 1.18 million hectares of awarded lands.

“The aim of the law is to erase the loans that could not be paid by our farmers who are beneficiaries of agrarian reform,” he said.

In his Sona, the president likewise noted that those who had yet to receive the awarded lands under the Comprehensive Agrarian Reform Program would receive them without obligation to pay any amortization.

“We always think about the farmers’ welfare. The one-year moratorium and condonation of farmers’ [past-due] loan payment will lead to freedom of farmers from debts,” Estrella said.

Still, the Kilusang Magbubukid ng Pilipinas (KMP) said the one-year moratorium, albeit “a welcome respite for economically challenged” beneficiaries, would not suffice.

“We have yet to see the EO and its fine print,” said KMP leader Rafael Mariano. “Lands should be distributed at no cost to farmers and agrarian reform beneficiaries. Free land distribution is just and necessary and the only acceptable means of agrarian reform.”