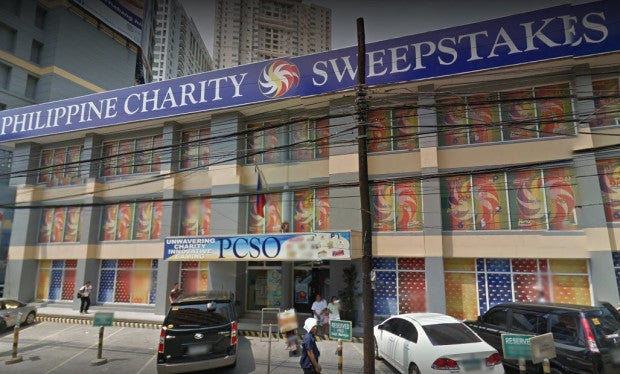 MANILA, Philippines – The Philippine Charity Sweepstakes Office (PCSO) is set to remit around P2.5 billion to the government’s coffers to help support the Universal Health Care law (UHC), an official said on Monday.

PCSO general Manager Melquiades Robles said it will remit the P2.5 billion to the Bureau of Treasury, which will be used by the UHC’s implementer – the Philippine Health Insurance Corp. (PhilHealth).

“Today, the PCSO is going to remit its shares to the national government and national treasury,  which will give PhilHealth more funds to support the UHC,” he said in a Palace briefing.

“This is just the first among the remittances that we will do because under the law, 40% of our charity fund will have to go to universal health care,” Robles added.

Universal Health Care Act or UHC, R.A. 11223, was signed by former President Rodrigo Duterte in February 2019, which automatically enrolls all Filipino citizens in PhilHealth, which will have expanded coverage to include free consultations, laboratory tests, and other diagnostic services.

Under the law, half of the national government’s share of the Philippine Amusement and Gaming Corp.’s income and 40% of PCSO’s charity fund shall be used to fund the UHC program.

For her part, PhilHealth spokesperson Dr. Shirley Domingo expressed gratitude to PCSO and said that PhilHealth has lined up several benefits for the use of the P2.5 billion.

“This fund will be transmitted to the treasury and will be remitted to PhilHealth through a national subsidy for benefit improvement,” she said in the same briefing.

Domingo clarified that this remittance from PCSO is different from the usual subsidy to PhilHealth enclosed in the national budget.

“This fund is specifically for benefit improvement and will not in any way be used for admin expenses,” she said.

Domingo also clarified that this will be a special fund, which will be used specifically for benefit improvement and not for the unpaid COVID expenses of patients.

“In fact, we’ll be coming out with a medium-term expenditure plan for these funds, from Philippine Amusement and Gaming Corporation and PCSO. With the approval of the two agencies,” she added.

Domingo also said that some of the PCSO funds will be used to review the existing case rate and to improve the support value for the increase of sessions for dialysis patients.

She also added that there will be orthopedic and catastrophic benefits.

PhilHealth and PCSO agreed to allocate the P2.5 billion to these specific conditions, case rates, and Z benefits [these are benefit packages that focus on providing relevant financial risk protection against illnesses perceived as medically and economically catastrophic] because according to her, most of the assistance that PCSO gives goes under the said areas. Kristelle Anne Razon, INQUIRER.net trainee