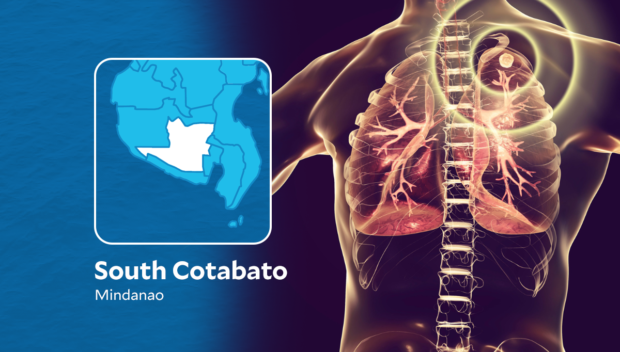 KORONADAL CITY – Health authorities in South Cotabato have detected 810 cases of tuberculosis (TB) since January this year as they ramped up campaigns on other diseases after concerns over COVID-19 dwindled.

Dr. Rogelio Aturdido, Jr., chief of the Integrated Provincial Health Office (IPHO), said that mobile teams had been deployed across the province and down to the barangay level for massive free chest X-rays for TB case detection.

He said the patients found positive for TB were among the 4,200 individuals from 55 villages in the province who voluntarily availed of their mobile health services in the last five months.

“These patients are now getting treatment using modern facilities,” Aturdido said during a news conference.

He explained that the practice of collecting sputum was no longer used but a more convenient mobile X-ray machine that health workers bring to the villages.

When asked why there is a huge number of TB patients, Aturdido believed that many residents were either unaware they have the disease or have no access to diagnostic services and treatment.

In 20 of 199 villages of South Cotabato, at least 1,000 individuals availed of HIV testing, and 34 were positive for the virus.