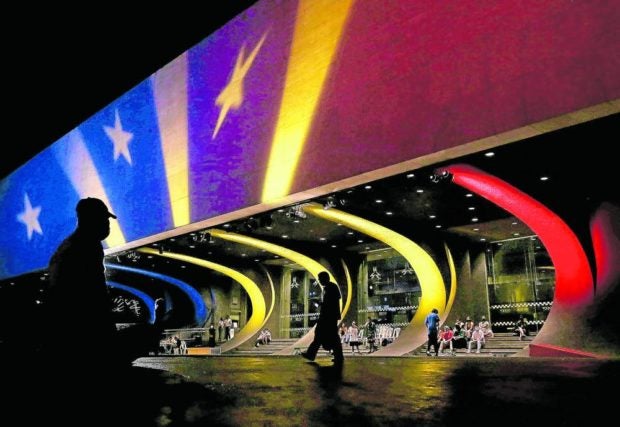 NATIONAL COLORS The facade of the Cultural Center of the Philippines is lit in the colors of the Philippine flag beginning Saturday, when the country commemorated National Flag Day, until June 12 when Filipinos celebrate Independence Day. —Richard a. Reyes

MANILA, Philippines — The Cultural Center of the Philippines (CCP) will close down starting January 2023 to give way for its three-year rehabilitation plan, its president Margarita Moran-Floirendo told the Senate.

Floirendo, during the briefing requested by the Senate committee on culture and arts on Thursday, announced the closure of the CCP, as several areas would need to be retrofitted to ensure the safety of the 52-year-old establishment.

“I’d like to announce also Senator, that the CCP is closing its doors in January 2023, because we are now renovating the whole building and structurally retrofitting, so we will need more funds than what we expected, because we did not expect to move out,” Moran told committee chair Senator Loren Legarda.

“And because when they started to open the little theater, they saw that there’s structural retrofitting that’s needed. So the whole staff are moving out of the building for next year,” she added.

Legarda asked Floirendo if there is already an allocation for the CCP renovation in the proposed 2023 budget, to which the latter said there is already funding for it, but it would not be enough.

“It is, but not enough because we did not know that we all had to move out all at the same time, supposed to be by floor,” Floirendo said in response.

The CCP renovation is seen to go until 2025 as planned, after a building audit from 2018 to 2019 revealed the need to retrofit several parts of the establishment.

Last June 20, Floirendo — back when she was CCP chair — said the audit found several areas that should be fixed, aside from keeping the building up to date regarding environmental and fire codes.

“The building audit diagnosed the extent of the repair needed. The evaluation of the data gathering indicated that there are problems with multiple-site damages such as leaks, corrosion and structural weaknesses brought by water seepage, earthquakes, and fatigue,” Floirendo said in the statement posted on the CCP website.

“Further, we have to update the Center’s fire protection, environmental protection, and other building codes,” she added.

“The rehabilitation project of the Tanghalang Pambansa (CCP Main Building) begins [on] the fourth floor, roof deck and the Tanghalang Aurelio Tolentino (CCP Little Theater). Next two years, the plan targets the other floors. Renovation works will continue to the upper and lower basements until 2025,” CCP said.

“Based on the plan, the Tanghalang Nicanor Abelardo (CCP Main Theater) will be the last to be rehabilitated, probably starting in 2024. This includes the renovation of the hydraulic orchestra pit, which has not been changed since it was installed in 1969,” it added. “The building foundation will have some strengthening works, but its overall condition is still quite stable.”

CCP reopens with a vengeance