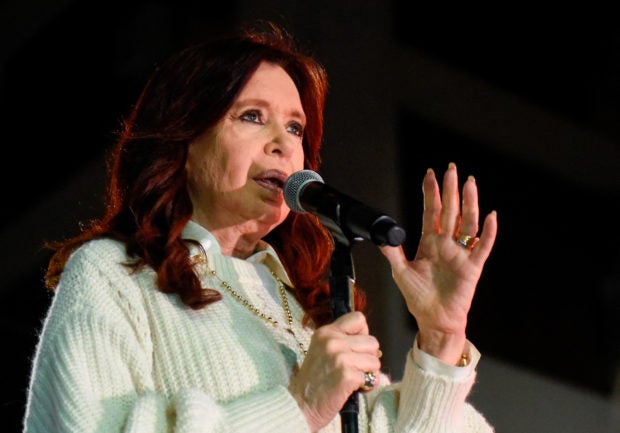 BUENOS AIRES — Argentina’s Vice President Cristina Fernandez de Kirchner was unharmed on Thursday when a man with a loaded gun tried to shoot her but the gun did not go off, officials said.

The attack underscores rising political tension in Argentina and around the region that has put politicians on edge from Colombia to Brazil.

“A man pointed a firearm at her head and pulled the trigger. Cristina is still alive because, for some reason yet to be confirmed, the gun … did not fire,” President Alberto Fernandez said in a televised address.

The president said the gun had been loaded with five bullets.

“This is the most serious event we have gone through since Argentina returned to democracy,” he said.

Fernandez de Kirchner is on trial on corruption charges and hundreds of supporters had gathered outside her Buenos Aires home when the attack took place.

Video footage showed a man holding a pistol inches from her head as she greeted supporters.

The assailant, who authorities identified as a 35-year-old man of Brazilian origin, was quickly arrested by police and the weapon was seized. 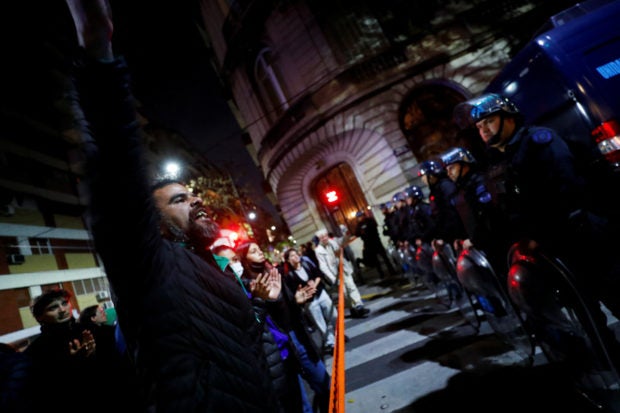 Police officers stand guard as people gather near the house of Argentina’s Vice-President Cristina Fernandez de Kirchner after she was attacked by an unidentified assailant with a gun late on Thursday, according to local television footage, in Buenos Aires, Argentina, September 1, 2022. REUTERS/Agustin Marcarian

Fernandez de Kirchner, who served as president for two terms between 2007 and 2015, is a divisive figure in Argentina. She could face a 12-year sentence and possible disqualification from public office over public contracts awarded in the early 2000s.

Fernandez de Kirchner has been widely expected to run for the Senate and possibly the presidency in next year’s general elections.

“When hate and violence prevail over debate, societies are destroyed and situations like these arise: attempted assassination,” said Economy Minister Sergio Massa on Twitter.

Heads of state and political allies from around the region, including Chilean President Gabriel Boric, Venezuela’s Nicolas Maduro, Peru’s Pedro Castillo and Brazilian presidential candidate Luiz Inacio Lula da Silva denounced the attack in messages on Twitter, expressing solidarity with Fernandez de Kirchner and relief that she was not hurt.