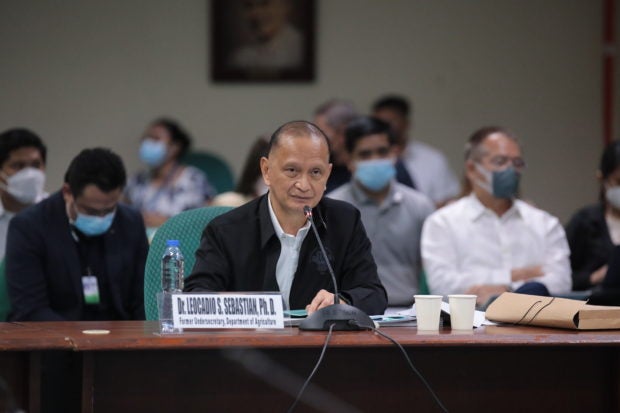 MANILA, Philippines — Agriculture officials received a tongue-lashing from senators on Thursday for their failure to spend funds allotted for their agencies and for improper spending that deprived farmers of the money’s intended benefits.

At the hearing of the Senate committee on agriculture, Senators Cynthia Villar and Imee Marcos lashed out at officials of the Philippine Center for Postharvest Development and Mechanization (PhilMech) for their failed programs to help farmers develop improved farming implements.

Such failure of PhilMech has prevented the price of local rice to be competitive against imported rice, Villar said. “How do you expect me to give you funds this year when you do not spend what was allotted for you?”

The committee tackled Resolution No. 158, which was aimed at looking into PhilMech’s reported failure to implement the government’s mechanization program as mandated by Republic Act No. 11203, or the Rice Tariffication Law (RTL).

The panel was also hearing another resolution on the slow distribution of composting facilities for biodegradable waste units by the Bureau of Soils and Water Management (BSWM) and the delay in the distribution of the coco levy fund.

According to the senator, she agreed to the passage of the RTL mainly for the funds it was supposed to derive from rice tariffs that were intended to benefit farmers, through the support for mechanization and the purchase of superior-quality seeds.

Villar railed about PhilMech’s performance record this year, which showed that from January to June, it was able to spend only P159 million of its P5-billion budget for 2022, or a disbursement rate of 3.2 percent.

“Commit lang kayo nang commit pero nangangamote ka sa implementation, pero ayaw nyo namang mag-commit na magre-resign kayo kung di n’yo nagawa (You keep on making commitments but you are slackers in implementation; yet, you refuse to commit your resignation in the event that you renege on your commitment),” she said.

The senator blamed the creation by the Department of Agriculture (DA), under then Secretary William Dar, of an advisory council that was supposed to craft policies on the mechanization program.

According to Villar, the RTL authorized only PhilMech to implement the mechanization program, and the “spirit” of the law did not authorize any other body.

Villar claimed that the DA created the council to allow them to manipulate the contracts involving the purchase of farming equipment.

“The problem with this government is that too many people are meddling into other people’s functions. You have no mercy for the farmers!” she exclaimed.

Villar also castigated the BSWM for its failure to distribute composting facilities for biodegradable wastes to farmers, which she said could have helped them stem the high cost of fertilizers.

During the hearing, BSWM officer in charge Director Junel Soriano disclosed that the P1.1-billion fund for the composting program remained unused.

An agency under the DA, the BSWM is responsible for advising and rendering assistance on matters relative to the use of soils and water as vital agricultural resources.

The composting program aims to boost farmers’ productivity through training and education and the distribution of composting equipment.

“You are always complaining about the high cost of fertilizers, but as it appears now, what you really want is that no fertilizers will be available locally so that you will again resort to importation and make money out of it,” she said.

According to Villar, the BSWM was supposed to distribute 90 units of composting machines a month, with each machine able to produce about a ton of organic fertilizer.

“You are still in the procurement process and it’s already (September). Where do you intend to put the money if you do not spend it, the PITC again?” she asked, referring to the Philippine International Trading Corp., which has been flagged for the rampant practice of other government agencies “parking” their unspent funds.

“Don’t you ever think of putting your money in PITC again,” Villar warned.

Sen. Imee Marcos, committee vice chair, expressed disgust that because of inefficiency, farmers were made to wait for the intended benefits of the RTL, which included the P5,000 subsidy, support for farming equipment, organic fertilizers from composting facilities, and better rice seeds.

“Our farmers are being made to suffer by the DA with no aid coming from the government, and it seems that the DA is doing these on purpose,” she said.

In his response, Dionisio Alvindia, PhilMech director, vowed to fully spend the P5-billion funding of the agency within the year, or he would resign.

He explained that coming into PhilMech, he inherited “a lot of problems.”

But Villar cut him off: “There are no problems; you are the problem.”