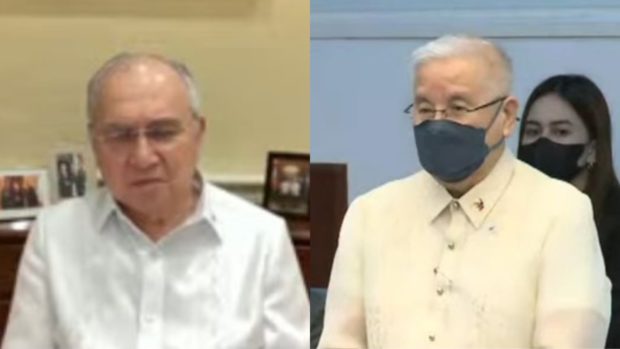 MANILA, Philippines — The Commission on Appointments (CA) on Wednesday approved the nominations of the Philippines’ envoys to the United States (US) and the United Nations (UN).

Before the CA’s plenary session, the Committee on Foreign Affairs deliberated on and recommended the approval of the nominations of Jose Manuel “Babe” Romualdez as Ambassador Extraordinary and Plenipotentiary to the United States of America and Antonio Manuel Lagdameo as permanent representative of the Philippines to the UN.

Foreign affairs committee chairman Senator Jinggoy Estrada then manifested the recommendation to confirm the nominations during the plenary session.

Aside from the United States, Romualdez, who was nominated as Chief of Mission, Class I, has a concurrent jurisdiction over the Commonwealth of Jamaica, Republic of Haiti, Republic of Trinidad and Tobago, Antigua and Barbuda, Bahamas, Barbados, Dominica, The Federation of Saint Kitts and Nevis, Saint Vincent and Grenadines and Saint Lucia.

Romualdez, a relative of President Ferdinand “Bongbong” Marcos Jr., retained his current post, which he has held since 2017 under the administration of President Rodrigo Duterte.

He was supposed to conclude his term as an ambassador along with Duterte, whose administration ended on June 30.

Meanwhile, Lagdameo was likewise nominated as Chief of Mission, Class I.

For his part, Lagdameo, before his latest appointment, served as the country’s ambassador to the United Kingdom.