Double PGH budget instead of cutting it – hospital union 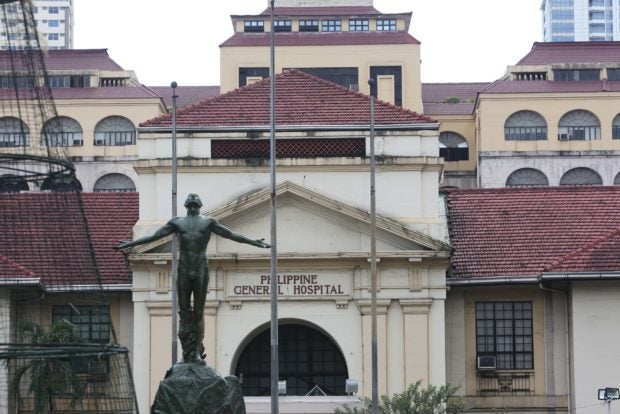 MANILA, Philippines — The workers’ union of the Philippine General Hospital (PGH) has called on the government to double the hospital’s proposed budget for next year to P10 billion instead of slashing it.

“President Marcos Jr. said our hopes are his hopes. So let me inform the newly elected President that we fervently hope that the government would appropriate PGH a P10 billion budget,” Karen Faurillo, president of the All UP Workers Union-Manila/PGH, said in a statement issued Saturday night.

According to Faurillo, the proposed budget cut was both unfair and acceptable. “PGH is known as a premier training hospital and ‘Ospital ng Bayan.’ [The] budget cut is a clear indication that people’s health is not a priority of this government,” she said.

Allotting PGH a P10-billion budget would mean more medical assistance to indigent patients and more funding for the upgrade of hospital facilities and the purchase of more equipment like diagnostic machines, Faurillo said.

It could also fund the hiring of an additional 500 nurses with permanent positions and the regularization of over 300 contractual and job order employees.

“A P10-billion budget would translate to better health services for patients and help ensure our health workers’ benefits and welfare,” she added.

Cagayan de Oro Rep. Rufus Rodriguez earlier urged President Ferdinand Marcos Jr., Congress, and the Department of Budget and Management to restore the cut in the proposed funding next year for UP and PGH.

“We should be increasing the budgetary allocations of state universities and colleges, which are the poor student’s schools of choice, and government hospitals, which are the pauper’s go-to health facilities, instead of reducing their funds,” he said in a statement on Aug. 23.

Rodriguez added that the government might “send the wrong message” if it insisted on the budget cut.

PGH has been at the forefront of the country’s fight against COVID-19 after its designation as one of the referral centers in the National Capital Region at the onset of the pandemic in 2020.

‘Pushed to the streets’

Its health workers, however, have been complaining about the release of their “much-delayed” COVID-19 benefits, particularly under Administrative Order (AO) No. 43, prompting them to hold a protest during their lunch break last week.

“We are once again pushed to [go] to the streets to denounce the callousness of this government to implement what is due to us. We strongly demand from the PGH Administration, the Department of Health, and the Marcos Jr. government to immediately release our well-deserved yet belated COVID-19 benefits,” Faurillo said at the protest.

Under AO 43, all government personnel who physically reported for work in areas under enhanced community quarantine (ECQ) and modified ECQ between March 27 and May 14 last year were entitled to a rate of P500 per day.

On top of this, public and private health workers involved in the COVID-19 response from Jan. 1, 2022, onward should also get a One COVID Allowance.

PGH health workers, however, said they have yet to receive theirs for April to June this year.

Faurillo said it was “demoralizing and unacceptable” for them to be deprived of their own benefits.

“These COVID-19 benefits were granted to us in recognition of our heroic and invaluable contribution as we bravely and unselfishly risked our lives and health by being at the forefront to respond to the pandemic,” she said.

Lawmaker: Restore P 3.3B slashed from UP, PGH proposed 2023 budget