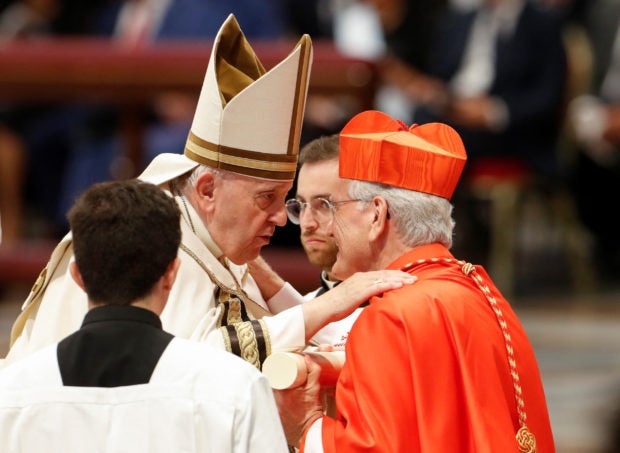 Pope Francis greets Leonardo Ulrich Steiner during a consistory ceremony to elevate Roman Catholic prelates to the rank of cardinal, at Saint Peter’s Basilica at the Vatican, August 27, 2022. REUTERS

VATICAN CITY — Pope Francis on Saturday inducted 20 cardinals from around the world, choosing men who mostly agree with his vision of a more progressive and inclusive Church and influencing their choice of his eventual successor.

Francis, 85, presided at a ceremony known as a consistory, telling the new cardinals to show concern for ordinary people despite the high rank that will bring them into contact with the powerful of the earth.

The ceremony marked the eight time Francis has put his stamp on the Church’s future with a new intake of cardinals who will serve as his top advisors and administrators at the Vatican and around the globe.

Those under 80 – 16 among the 20 newcomers – can enter a conclave to elect a new pope from among themselves after he dies or resigns. 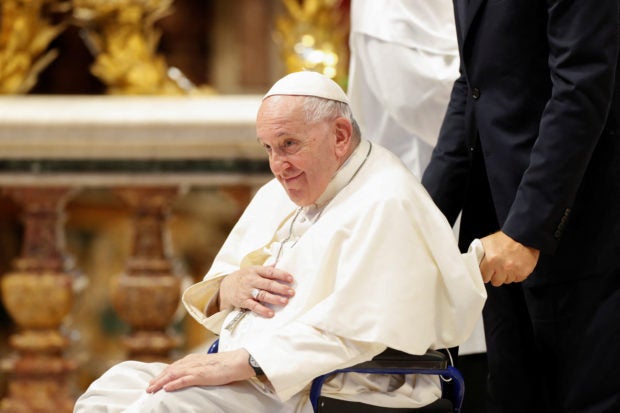 Pope Francis attends a consistory ceremony to elevate Roman Catholic prelates to the rank of cardinal, at Saint Peter’s Basilica at the Vatican, August 27, 2022. REUTERS

“A Cardinal loves the Church, always with that same spiritual fire, whether dealing with great questions or handling everyday problems, with the powerful of this world or those ordinary people who are great in God’s eyes,” Francis said.

Sitting before the main altar of St. Peter’s Basilica, Francis asked them to remember “poor families, migrant and homeless persons.”

He read his homily in a strong voice, often going off script, even to joke about a Rome priest who was so close to his parishioners that he knew not only all their names, but also the names of their dogs.

With each consistory, Francis has continued what one diplomat has called a “tilt towards Asia,” increasing the likelihood that the next pope could be from the region that is a growing economic and political powerhouse.

Resignation not around the corner 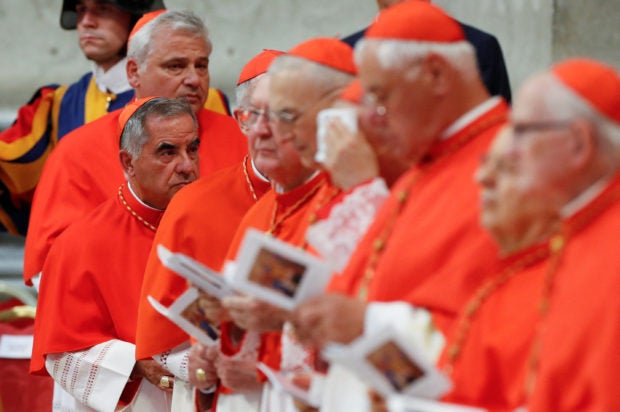 Cardinal Angelo Becciu attends a consistory ceremony to elevate Roman Catholic prelates to the rank of cardinal, at Saint Peter’s Basilica at the Vatican, August 27, 2022. REUTERS

The 85-year-old pontiff told Reuters in an interview last month that if he does resign in the future for health reasons – instead of dying in office – he has no plans to do so anytime soon. This means he could name even more cardinals as soon as next year.

After reading his homily, Francis gave them each their ring and red hat, the colour of which, along with their vestments, is to remind them that they should be willing to shed their blood for the faith.

Since his election as the first Latin American pope, Francis’ has often broken the mould used by his predecessors in picking cardinals. Often he has preferred men from developing nations and smaller cities, rather than from major capitals where having a cardinal used to be considered automatic.

Archbishop Leonardo Steiner of Manaus, Brazil, becomes the first cardinal from the Amazon region, underscoring Francis’ concern for indigenous people and the environment. 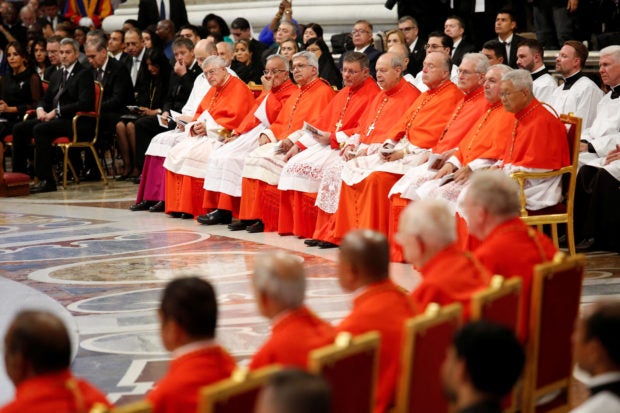 The new cardinals attend the consistory ceremony to elevate Roman Catholic prelates to the rank of cardinal, at Saint Peter’s Basilica at the Vatican, August 27, 2022. REUTERS

Mongolia has fewer than 1,500 Catholics but is strategically significant because it borders with China, where the Vatican is trying to improve the situation for Catholics.

“The Holy Father cares for the Church wherever it is in the world. (We) feel that a tiny community is as important as a large community,” he told Reuters before the ceremony.

One significant appointment from the richer countries is that of Bishop Robert McElroy of San Diego, California, who is seen as a progressive. By giving San Diego its first cardinal, Francis bypassed conservative archbishops in San Francisco and Los Angeles.

McElroy has been an outspoken ally of Francis’ pastoral approach to social issues, such as protection of the environment and a more welcoming approach to gay Catholics.

He also has opposed conservative U.S. clergymen who want to ban Catholic politicians, including President Joe Biden and House of Representatives Speaker Nancy Pelosi, from receiving communion because of their support of abortion rights.

Aging Pope Francis admits he must slow down, or quit

Pope Francis denies he is planning to resign soon

When a pope resigns