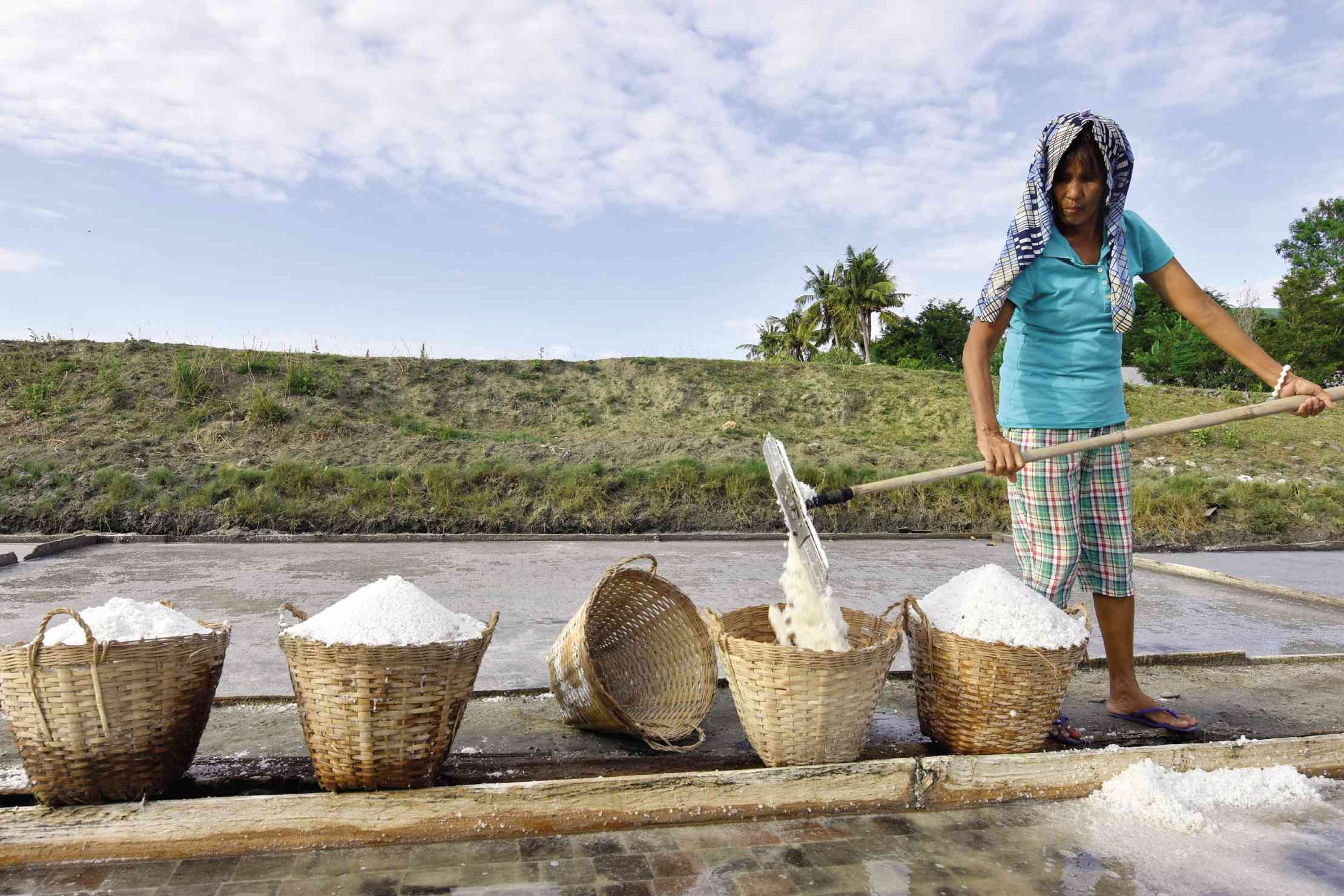 (FILE) A worker harvests salt in a farm in Dasol, Pangasinan. —WILLIE LOMIBAO

MANILA, Philippines — Senate Majority Leader Joel Villanueva on Saturday said it is “shameful” for the Philippines to be importing 93 percent of its salt requirements annually despite being an archipelagic country.

“This is quite shameful for an archipelagic country with more than 36,000 kilometers of shoreline,” Villanueva said in a statement.

It is the Philippine Chamber of Agriculture and Food Inc. which revealed that the country currently imports 93 percent or 550,000 metric tons of salt every year from Australia and China.

Villanueva noted that this is a far cry from the 1990s when the country was only importing 15 percent of its salt requirements.

He said he has filed Senate Resolution No. 100 to look into how the government can revive the country’s salt production industry.

“I am quite salty about the state of our salt production industry. It’s not too late for the country to become a net exporter of salt,” he said.

Senior Agriculture Undersecretary Domingo Panganiban said the Department of Agriculture is focusing its efforts on scaling up salt production, but the agency needs P500 million to revitalize the country’s salt making industry.

The Department of Trade and Industry said country’s salt supply is still enough despite the increase in its cost.