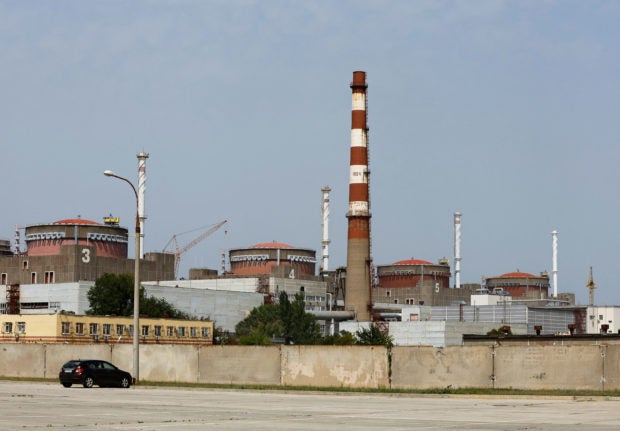 FILE PHOTO: A view shows the Zaporizhzhia Nuclear Power Plant in the course of Ukraine-Russia conflict outside the Russian-controlled city of Enerhodar in Zaporizhzhia region, Ukraine August 22, 2022. REUTERS/Alexander Ermochenko

Europe’s largest nuclear power plant, which is located in southern Ukraine, was disconnected from the Ukrainian grid for the first time in its history on Thursday after a fire caused by shelling damaged a power line, Kyiv said earlier.

“Thus, the Zaporizhzhia nuclear power plant, despite numerous provocations by the occupiers, continues to function inside the Ukrainian energy grid,” Energoatom said in a statement after the second reactor was reconnected.

Russia, which invaded Ukraine in February, took control of the nuclear plant in March, though it is still operated by Ukrainian technicians working for Energoatom.

The first reactor was reconnected at 2.04 pm local time (1104 GMT) and the second at 9.15 pm, Energoatom said. The two are the only working reactors of the six at the plant.

The facility supplied more than 20% of Ukraine’s electricity needs before the war and its loss would pile new strain on the government, which is already bracing for a difficult wartime winter of potentially crippling energy shortages.