Red-tagged news site back online after pushback in court 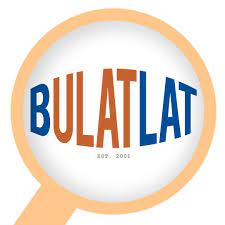 The website of Bulatlat, which had been ordered blocked by the National Telecommunications Commission (NTC) in June, is back online, after the news outlet questioned the directive in court.

On Thursday, Bulatlat’s lawyers asked the Quezon City Regional Trial Court Branch 306 to cite the NTC for indirect contempt over its June 8 memorandum order, which directed internet service providers (ISPs) in the country to block Bulatlat.com and 26 other websites for their alleged links to the communist insurgency.

“It was our artist who first saw that the site was accessible again, then we checked and asked the others to check too,” managing editor Ronalyn Olea told the Inquirer in a message.

It was then National Security Adviser Hermogenes Esperon Jr. who wrote the NTC on June 6 asking the commission to issue such an order. He cited provisions of the Anti-Terror Act of 2020 (Republic Act No. 11479) as well as a resolution by the Anti-Terrorism Council (ATC) which declared the Communist Party of the Philippines (CPP), the New People’s Army and the National Democratic Front of the Philippines (NDFP) as terrorist organizations.

The council, the government’s policymaking body on terrorism, was created by Republic Act No. 9372, or the Human Security Act of 2007, and is headed by the executive secretary, with the National Intelligence Coordinating Agency serving as the secretariat.

Its members include the national security adviser and the secretaries of Departments of Justice, Finance, Foreign Affairs and the Interior and Local Government.

Apart from Bulatlat, the NTC, acting on Esperon’s letter, also blocked the Pinoy Weekly news site, the websites of CPP founding chair Jose Maria Sison and of the NDFP, and the Philippine Revolution Web Central, the CPP’s website.

Also listed in the NTC order was the International Action Center (IAC), an activist coalition founded in 1992 by former US Attorney General Ramsey Clark.

Although its website remains inaccessible in the country, the group can be followed on social media. According to its Twitter page, “Our goal [in the IAC] is the liberation and freedom of all peoples living in the US and around the world.”

Thursday’s petition by Bulatlat’s lawyers was in line with the writ of preliminary injunction against the NTC which they had earlier sought and was granted by the court on August 11.

Despite the court order, the staff members said the news site still could not be accessed through some ISPs. This prompted Bulatlat to file a petition asking that the NTC be cited for indirect contempt.

“This is an initial victory for press freedom and the people’s right to access credible sources of information,” Bulatlat said in a statement following the website’s return.

“The unblocking [of our website] is an affirmation that by fighting back, we can regain our hard-won rights,” it added.

Bulatlat reiterated its demand that the NTC void its “unconstitutional and arbitrary” memorandum.

“Fighting terrorism should never be made [as] an excuse for state-sponsored censorship,” the news site said.Pinoy Weekly also plans to hale the NTC to court. “We won’t let this attack go unchallenged,” Neil Ambion, managing editor of Pinoyweekly.org, told the Inquirer.

“Regardless of the way they intend to block Pinoy Weekly, we will exert effort to make sure everyone can still access our site and read our stories and research works,” he added.

Meanwhile, Pinoy Weekly has put up an alternative site, Pinoyweekly.net.

“We are working towards the expansion of print and social media of Pinoy Weekly,” he said.