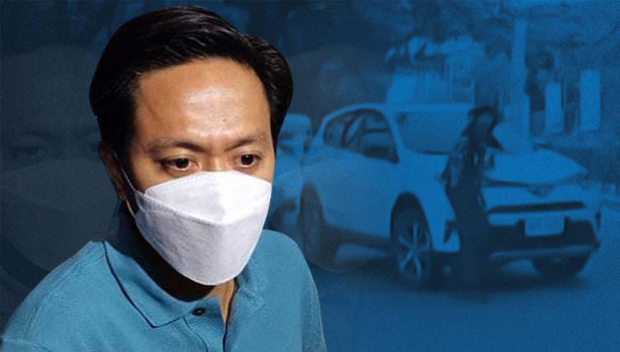 MANILA, Philippines — The Land Transportation Office (LTO) on Thursday said it is leaving with the court the decision regarding the criminal cases against the driver of the sports utility vehicle (SUV) who ran over a security guard while directing traffic in Mandaluyong City last June.

According to the LTO in a statement, the agency already found Jose Antonio Sanvicente guilty of reckless driving and of being remiss in his duty as the driver in case of Accident, “and as such, his non-Professional Driver’s License is revoked by the LTO and Mr. Sanvicente is ‘perpetually disqualified’ from securing a driver’s license and driving a motor vehicle.”

“As the administrative violation of Mr. Sanvicente is already resolved by the LTO, it now leaves to the country’s courts to decide on the criminal aspect of his case,” it further said.

The LTO also said Sanvicente’s license is already in possession of the LTO’s Intelligence and Investigation Division (IID), with his violations already encoded in his driver’s license and the vehicle involved.

This clarification came after the Mandaluyong Prosecutors’ Office earlier downgraded from frustrated murder to frustrated homicide the case filed against Sanvicente.

As a result, the security guard sustained several injuries and had to be monitored at an intensive care unit.

RELATED STORIES:
Guard ‘intentionally’ run over by SUV in Mandaluyong