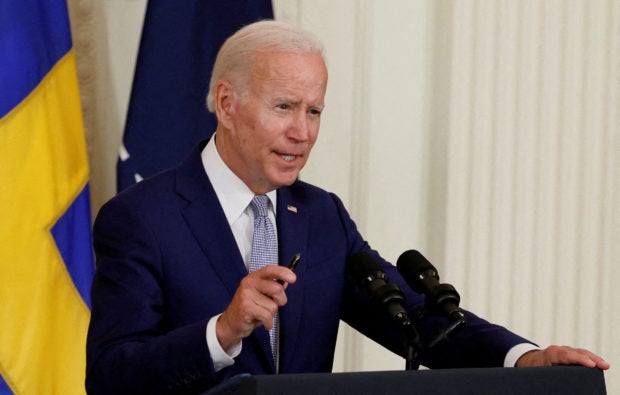 WASHINGTON  – U.S. President Joe Biden marked Ukraine’s Independence Day on Wednesday with $3 billion in security assistance, Washington’s largest aid package since Russia’s invasion six months ago but one that could take months or even years to arrive in Kyiv.

The aid announcement came as U.S. officials warned that Russia appeared to be planning to launch fresh attacks in coming days on Ukraine’s civilian infrastructure and government facilities.

“The United States of America is committed to supporting the people of Ukraine as they continue the fight to defend their sovereignty,” Biden said in a statement announcing the package, noting Kyiv’s “bittersweet” anniversary of independence from Russian-dominated Soviet rule 31 years ago.

The new package uses funds from the Ukraine Security Assistance Initiative (USAI) appropriated by Congress to allow the Biden administration to procure weapons from industry, a process that can take time, rather than from existing U.S. weapons stocks.

The speed depends on whether defense companies have assembly lines already working on the weapon, how much capacity they have and how long it could take to adjust schedules if needed.

Under Secretary of Defense for Policy Colin Kahl said that in some instances it would take one, two or even three years to get the weapons into Ukraine.

“The package of capabilities here are really aimed at getting Ukraine what they’re going to need in the medium to long term, so it’s not relevant to the fight today, tomorrow, next week,” Kahl told reporters.

“It is relevant to the ability of Ukraine to defend itself and deter further aggression a year from now, two years from now,” he added.

The VAMPIRE system uses small missiles to shoot drones out of the sky.

Since Russian forces invaded on Feb. 24 in what President Vladimir Putin termed a “special military operation” to demilitarize Ukraine, the conflict has settled into a war of attrition fought primarily in the country’s east and south.