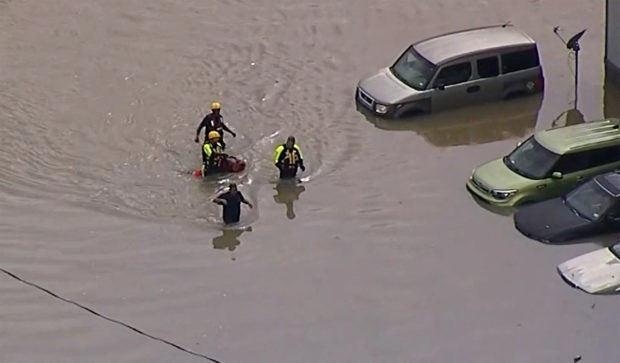 Flooding and heavy rains hit the Dallas, Texas area on Monday, leaving at least one person dead after their vehicle was swept away by rising water, authorities said.

The body of a 60-year-old woman, who has not been identified, was recovered from her car after floodwaters receded Monday afternoon in an area of east Dallas, according to Clay Jenkins, the top elected official in Dallas County.

Rainfall over a 24-hour period ending Monday night exceeded forecasts, with one area in east Dallas experiencing more than 15 inches (38cm) of rain, according to Dallas water utility’s floodway operations. 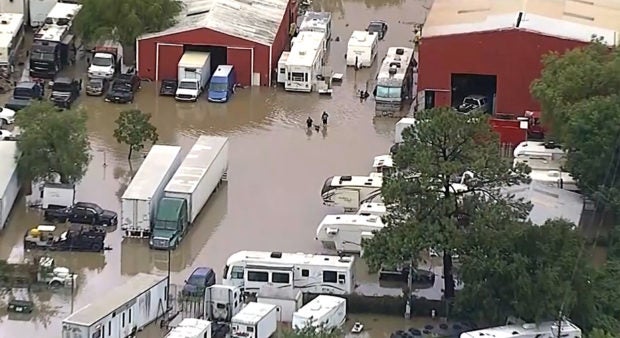 The National Weather Service (NWS) said flood warnings in some parts of Dallas were in effect until at least Wednesday morning, with risks of thunderstorms and brief periods of heavy rainfall possible for Tuesday and Wednesday.

The heavy rains in the Dallas area and across the Southern Plains were the latest example of extreme weather to hit the United States as a result of climate change, which has recently caused dangerous flooding, tornadoes, wildfires and heat waves.

Video footage from local media showed motorists getting out of their submerged vehicles and swimming for safety in the dark overnight Monday. After daybreak, a video from a local ABC affiliate showed firefighters slowly walking a resident away from a flooded home in a strong downpour. 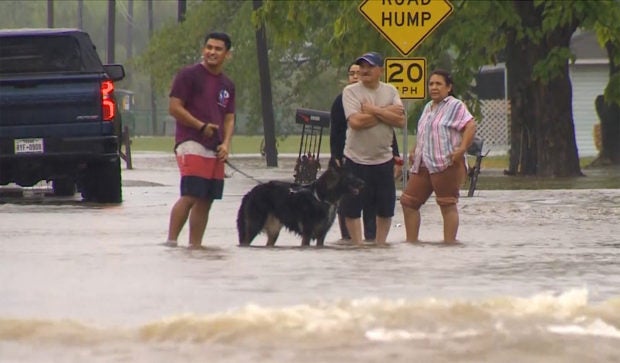 Residents and their dogs navigate floodwaters after heavy flooding in the Dallas metro area submerged roads and entire neighborhoods, in Balch Springs, Texas, U.S., August 22, 2022, in this still image taken from a video. WFAA TV via ABC via REUTERS

“There is literally no meeting or place to be that is worth risking your life or anyone else on the road. Please STAY HOME if at all possible,” Dallas Councilmen Adam Bazaldua wrote on Twitter.

“A multi-day heavy rainfall event is in progress over parts of the southern Plains that may produce instances of flash flooding in urban areas and places with poor drainage,” the weather service said.

11 killed by storms and flooding in Texas, Arkansas