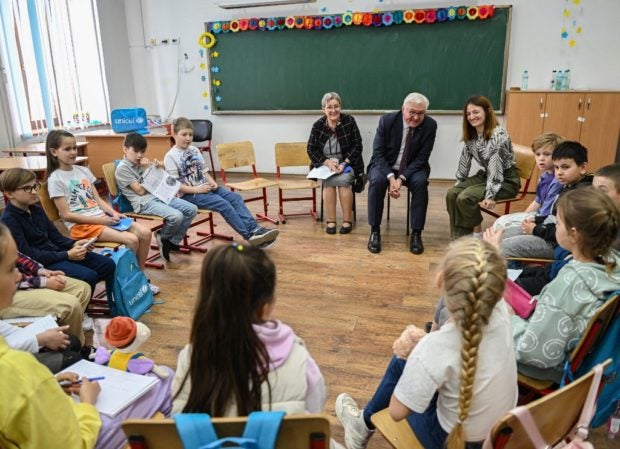 Berlin, Germany — Germany has registered almost a million refugees from Ukraine since Russia invaded its neighbor in February, the interior ministry said on Tuesday.

A total of 967,546 people fleeing the war have entered Germany at least temporarily, 36 percent of them children, the ministry said in a statement.

Around 97 percent are Ukrainian nationals.

Among the adults, three in four are women and around eight percent are over the age of 64.

“Many in our society have gone above and beyond to help refugees,” said Interior Minister Nancy Faeser, calling the influx “the largest movement of refugees (in Europe) since World War II.”

There were almost 155,000 Ukrainian pupils enrolled at German schools by the end of last week, according to the conference of state education ministers in Berlin.

The UN refugee agency UNHCR says more than 6.6 million Ukrainians have been registered as refugees across Europe since the Russian invasion.

Countries including the Czech Republic, Poland, Romania and Slovakia have opened their borders, homes and wallets to help those fleeing the war.

According to the German ministry, citing the UNHCR, some 3.8 million Ukrainian refugees have returned to their home country at some point since the start of the war.

Of those registered in Germany, “a significant number” may have travelled on to other EU states or returned to Ukraine, it added.

Most Ukrainian refugees want to return home as soon as possible, according to a UN survey published in July, but do not expect to do so until the war is over.