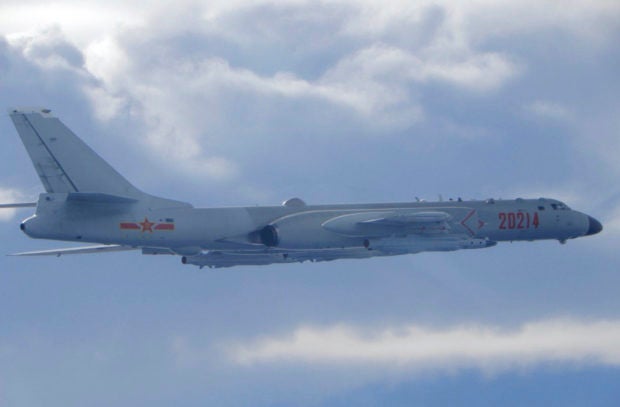 In this photo released by the Taiwan Ministry of National Defense, a Chinese People’s Liberation Army H-6 bomber is seen flying near the Taiwan air defense identification zone, ADIZ, near Taiwan on Friday, Sept. 18, 2020. The second high-level U.S. envoy to visit Taiwan in two months began a day of closed-door meetings Friday as China conducted military drills near the Taiwan Strait after threatening retaliation. (Taiwan Ministry of National Defense)

China has been carrying out drills near Taiwan, which it claims as Chinese territory despite strong objections from the government in Taipei, since earlier this month following a visit to the island by U.S. House of Representatives speaker Nancy Pelosi.