DTI: Wheat prices have been going down since May | Inquirer News

DTI: Wheat prices have been going down since May 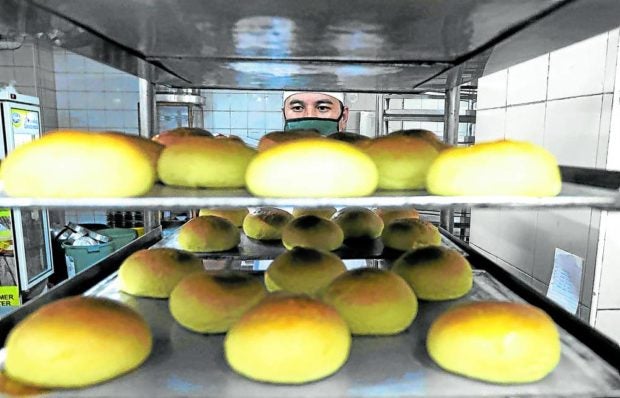 MANILA, Philippines — The Department of Trade Industry (DTI) said on Saturday it will study the call from bakers’ groups for a P4 price increase in bread, but noted that the price of wheat, the source of flour used in making bread, has gone down by 12 percent since May.

“We will study all raw materials or factors that affect price. We will look particularly at wheat prices, because it has been going done since May,” said lawyer Ann Claire Cabochan, undersecretary for cosumer protection of the DTI, in the department’s weekly radio program.

Cabochan was referring to the petition for an increases in the prices of brands Pinoy Tasty and Pinoy Pandesal, which the department expects to be submitted by the Philippine Baking Industry Group (PhilBaking) this week.

The Pinoy Tasty and Pinoy Pandesal are brands manufactured under the joint initiative of the DTI and the bakers’ group—which include makers of popular brands Gardenia, French Baker, Marby, Uncle George’s, and Tiffany’s—to produce more affordable bread for the public.

However, Johnlu Koa, president of PhilBaking, said the request does not take into account the costs they have incurred in their bread production lines because of the high sugar prices brought by the lack of the supply in the market.

“This request was based on sugar prices not hitting the P90 plus per kilo in the last few weeks. This was meant to cushion the negative impact on our production costs,” Koa said in a message to the Inquirer on Saturday.

Koa argued that the downtick in the international prices of wheat will not be felt in the country for months.

“The problem is that the effect is going to be felt in December 2022, according to Joey Concepcion and the Pafmil (Philippine Association of Flour Millers). Let’s adjust downwards when it actually happens,” Koa said when asked about the probability of a rollback in prices.

Koa said they have always been supportive of the DTI and believe that they would get the same support from the department.

But as food processors and other business groups complained about the unavailability of sugar, the Bureau of Customs (BOC) seized on Thursday about P220 million worth of sugar in warehouses in Bulacan and Pampanga.

The following day, the BOC also intercepted a shipment of 7,000 metric tons of sugar from Thailand at the Subic Freeport.

Upon the orders of President Marcos, Executive Secretary Victor Rodriguez ordered the BOC to inspect all customs bonded warehouses and check their inventory of imported agricultural products.

Rodriguez said there were indications that the shortage experienced by food and beverage makers was “artificial.”

He also said probers were looking at the possibility that the importation of 300,000 MT of sugar being pushed by traders intend to use it as a ‘cover’ for them to release the sugar they had been hoarding, but they couldn’t do so as this would depress prices.

Bread price hike due to inflation, not flour shortage — PAFMIL

Bread prices to rise for 1st time since 2016