Colegio de San Lorenzo not for sale, only looking for investors | Inquirer News

Colegio de San Lorenzo not for sale, only looking for investors 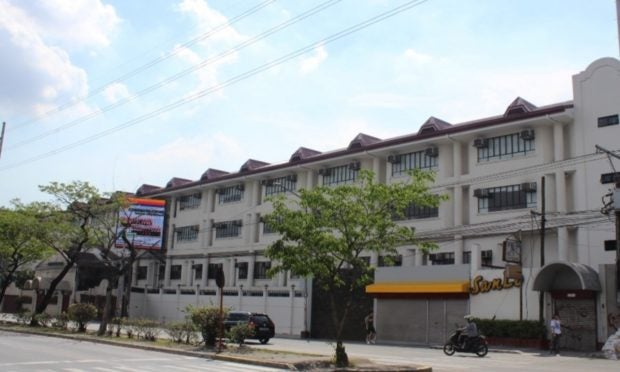 MANILA, Philippines — The properties of the shuttered Colegio de San Lorenzo (CDSL) is not for sale, but is only looking for investors to take students and employees in, an official of the school said.

RJ Taganas, the director of CDSL’s Office of the Student Affairs, said this in response to a pronouncement made by Quezon City Mayor Joy Belmonte that the school’s properties were for sale.

(Earlier, since I was only informed of the mayor’s statements lately, I confirmed this to the owner, and the owner said that the school is not for sale and is only looking for investors, preferably a school, to absorb the students and employees.)

Belmonte previously revealed that the school’s properties were for sale.

(I just learned that it was already sold, but the sale is not yet fully completed.)

(So I was wondering why the enrollment went on if the school had been sold, or its properties were set to be sold?)

Taganas said that the school only had more than 1,400 enrollees for both basic education and college, far below the school expectation of at least a thousand enrollees for elementary and high school, and just over half its college enrollees in the previous semester.

He said that for this school year, there were only 783 enrollees for basic education, while only 652 college students enrolled this semester, lower than the previous semester’s 1,060 enrollees.

(Unfortunately, our number of enrollments did not reach the desired target.)

The CDSL announced its permanent closure on Monday, August 15, the same day it was supposed to start classes for the school year 2022-2023.

The school management explained that the move was “due to the financial instability and lack of financial viability brought about by the ongoing pandemic and exacerbated by consistent low enrollment turnout over the past years.”

Commission on Higher Education Chair Prospero de Vera III on Tuesday said that there might be an element of deceit in the sudden closure of CDSL, citing the collection of tuition by the school prior to its arbitrary shutdown.