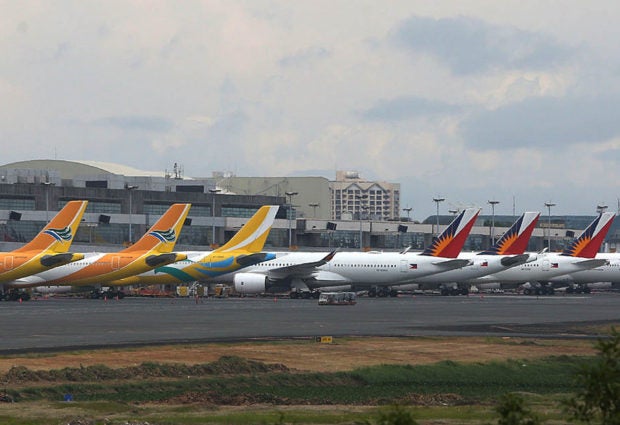 According to the MIAA, the Philippine Atmospheric Geophysical and Astronomical Services Administration (Pagasa) issued a Lightning Red Alert at 3:12 p.m.

“Flight and ground operations at the Naia are suspended. The alert is a safety measure taken to prevent untoward incidents from happening when lightning is prevalent in the immediate area and may endanger personnel, passengers, and even flight operations,” said MIAA in an advisory.

MIAA then resumed operations after Pagasa de-escalated the alert level to Yellow Alert at 3:47 p.m.

In its forecast for Thursday, Pagasa said that partly cloudy to cloudy skies were expected over Metro Manila due to the southwest monsoon, locally known as the “habagat.”

A low-pressure area has also been detected 210 kilometers northeast of Tuguegarao City, Cagayan.