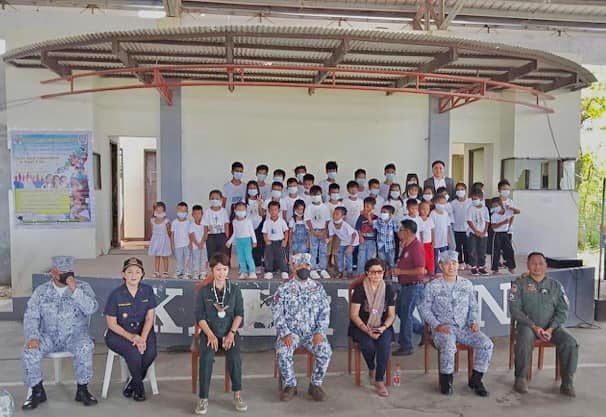 After a meeting with the Wescom officials at the Antonio Bautista Air Base, Carlos proceeded to Pag-asa Island via military aircraft, according to Wescom commander Vice Admiral Alberto Carlos.

Upon her arrival, she met with the officials of the local government unit of Kalayaan, military and other uniformed personnel, and the local residents.

“Her visit bespeaks of our common aspiration, strong stand, and unwavering dedication to protect the people and the state under our responsibility,” Vice Admiral Carlos said in a statement.

“In collaboration with our peace partners, we have done our best in ensuring that the NSA’s official visit in Wescom’s area of responsibility is worthwhile and that there will be no stones unturned as to all security matters of utmost significance. Hence, Wescom’s commitment to national security and interests is and shall always be the order of the day,” he added.

Aside from being a National Security Adviser, Carlos also serves as the concurrent chairperson of the National Task Force-West Philippine Sea.

The July 2016 ruling from an arbitral tribunal at the Permanent Court of Arbitration, after the Philippines filed a case in 2013, rejected China’s nine-dash line claims in the WPS.