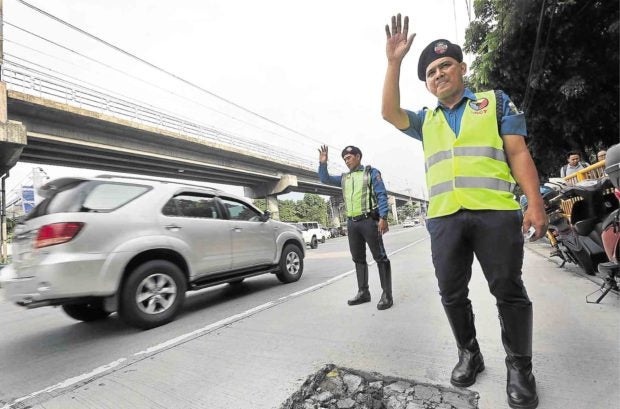 MANILA, Philippines — A total of 2,878 motorists were flagged down during the last day of the expanded number coding scheme’s dry run in Metro Manila, the Metropolitan Manila Development Authority (MMDA) said.

(Under the expanded number coding scheme, vehicles are prohibited from traveling on EDSA and the main streets of Metro Manila, based on the last digit of the license plates during the said coding hours.)

In total, the MMDA hailed 7,405 motorists during the three-day dry run which started on August 15. Specifically, it said 1,588 motorists were flagged down during the first day of the dry run and another 2,939 on the second day of the trial.

The MMDA said it would officially implement the extended number coding scheme on Thursday, August 18, and issue traffic tickets.

Vehicles with license plates ending in 1 and 2 are barred along Edsa and other main roads in Metro Manila during the coding hours every Monday; 3 and 4 every Tuesday; 5 and 6 every Wednesday; 7 and 8 every Thursday; and 9 and 10 every Friday.