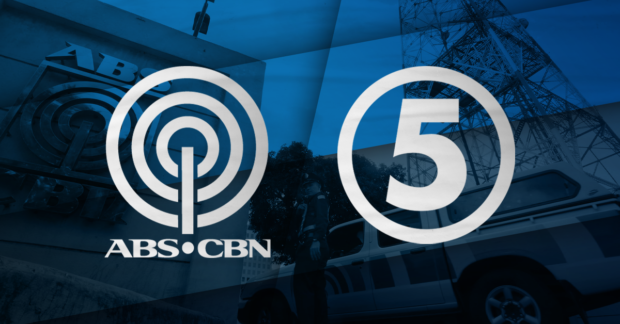 MANILA, Philippines — Three resolutions seeking an investigation on the merger between media giants ABS-CBN and TV5, along with allegations that TV5 is foreign-owned, have been forwarded to the House of Representatives’ committee on legislative franchises on Wednesday.

During the plenary session, House Resolutions (HR) No. 280, 281, and 282 were transmitted to the said committee for possible action.

HR No. 280 authored by Zamboanga Sibugay 1st District Rep. Wilter Palma wants the said committee to look at the alleged foreign ownership issues about TV5, hinged on accusations that MediaQuest which is part of the PLDT Beneficial Trust Fund, supposedly owned by businessman Manny Pangilinan, actual belongs to a foreign national.

It echoes allegations made by Sagip party-list Rep. Rodante Marcoleta, who said in his privilege speech last Monday that TV5 is owned by an Indonesian national.

“There were published reports alleging that ABC Development Corporation, presently known as TV5 Network, the country’s third major player in the television market, and part of a cross-media conglomerate owned by Mr. Manuel V. Pangilinan’s MediaQuest Holdings Incorporated under the [PLDT] Beneficial Trust Fund, is actually owned by an Indonesian national,” the resolution from Palma read.

“If this allegation that TV5 Network Inc. is owned by an Indonesian national is true, then there is a clear violation of the 1987 Constitution, and on terms and conditions of the franchise granted to TV5 Network Inc., which must be thoroughly looked into in the interest of the public,” it added.

HR No. 281 from Quezon province 2nd District Rep. David Suarez and HR No. 282 from TGP party-list Rep. Jose Teves meanwhile want an investigation on the block time agreements between the two networks, with Teves’ resolution focusing on why TV Patrol — ABS-CBN’s flagship news program — was allowed to air in TV5.

“Given the possible violations committed by these networks, there is a need to determine whether their legislative franchises are being implemented and carried out in accordance with the intent of Congress and whether or not they should be amended, altered, or repealed by Congress in the interest of the public,” Teves’ resolution stated.

However, it is unclear when these three resolutions would be tackled as it appears the committee backtracked on its agenda for Thursday’s hearing.

Earlier, the House of Representatives website showed that the committee on legislative franchises would hold a meeting at 2:00 p.m. on Thursday to discuss the merger between the two networks. But as of 5:45 p.m. on Wednesday, the agenda was changed to “Organizational meeting – Consideration of the Committee Internal Rules.”

Last Friday, it was confirmed that ABS-CBN purchased a 35 percent stake in TV5, which seeks to provide the latter a bigger presence.

However, ABS-CBN critics like Marcoleta questioned the legality of the merger, asking whether it is okay for ABS-CBN to find a way towards free television operation again even if Congress has not granted it a new franchise yet, and despite it supposedly not settling obligations to the government.

Marcoleta was one of the main voices who pushed against the provision of a franchise to ABS-CBN in 2020 during the 18th Congress. Last May 5, 2020, ABS-CBN’s free television and radio broadcasts ceased airing after the National Telecommunications Commission (NTC) issued a cease and desist order against the network.

ABS-CBN’s franchise expired on May 4.

The said network went off air despite NTC vowing during a Congressional hearing that it would be allowed to broadcast on a provisional authority. NTC then noted that while other networks were allowed to continue operating despite their respective franchises still being deliberated, ABS-CBN could not be given the same privilege as there were concerns about the validity of their franchise.

House, not only NTC, also at fault in ABS-CBN shutdown – FLAG