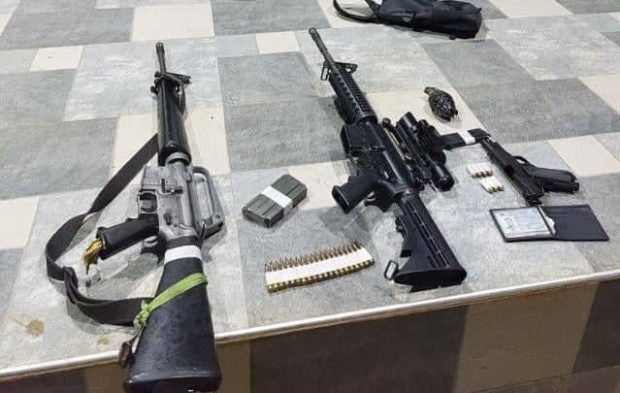 Government troops recover two Armalite rifles, an M-14 rifle, a .45 pistol, and a 9-mm machine pistol during the raid on a safehouse. CONTRIBUTED PHOTOS

COTABATO CITY—Police intercepted three men, including a former village chair, suspected to be members of the Dawlah Islamiya, a group with links to the terror network Islamic State, in Marantao, Lanao del Sur.

The suspects were detained and awaiting formal charges for violating the law on illegal possession of firearms and explosives.

Police, however, are still verifying reports that the suspects were among the remnants of the Maute terrorist organization responsible for the Marawi siege that plunged the Islamic city into a five-month fighting between government troops and the Islamic State-inspired terror group in 2017.

Bongcayao has also ordered the Marantao police and provincial mobile force companies to be alert for retaliatory attacks from followers of the arrested suspects.