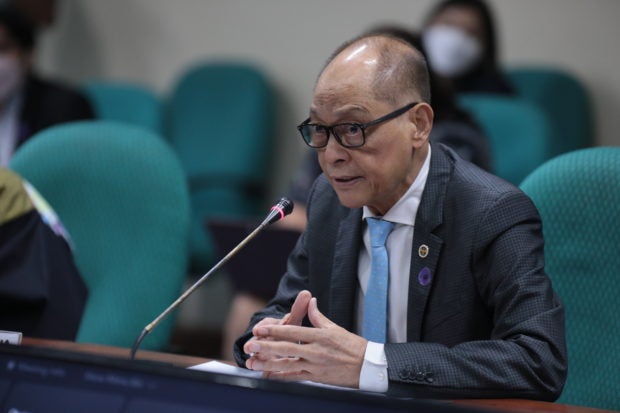 MANILA, Philippines — Focus on the capacity building so that local government units (LGUs) can optimize their respective budgets and not underspend, Finance Secretary Benjamin Diokno said on Tuesday.

“I think we should focus on capacity building and also maybe help them in digitalization. So that they can maybe spend more money,” he said during the Senate committee on local government’s hearing.

Diokno’s recommendation is in line with the underspending of several LGUs, which will further receive an additional P100 billion in their budget this year due to the Mandanas-Garcia ruling.

Under the Mandanas-Garcia ruling, LGUs are responsible for all basic service delivery.

“Realistically, because we are giving LGUs more money, the problem pointed out by the World Bank — and I agree — is that many LGUs won’t be able to spend the money. It’s because of the lack of capacity,” said Diokno.

“In fact, even before the crisis, local governments already have a surplus position. They usually have a lot of surplus because they’re not able to spend their money. Now, you give them another P100 billion, what more?” he asked.