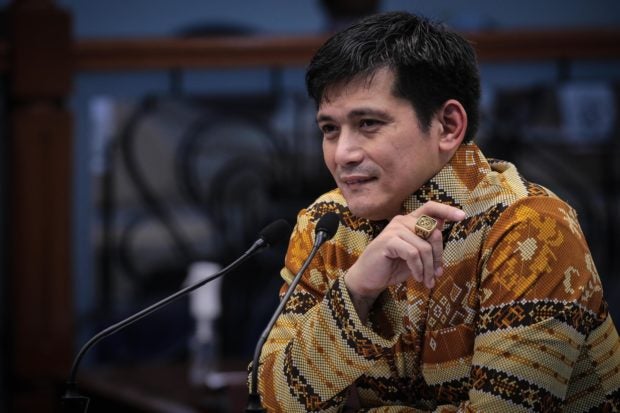 The neophyte lawmaker on Tuesday acknowledged the need for stronger campaigns against illegal drugs on the barangay level.

(I believe that the battleground lies with the local government. The action happens in our villages.)

But Padilla also pointed out that the Philippine National Police (PNP) and other government agencies in the country are responsible for investigating local government units’ role in facilitating drug shipments into the country’s ports.

Padilla then went on to echo what the PNP said earlier about establishing rehabilitation programs for drug suspects.

(It is a must to push for rehabilitation initiatives. We cannot be without these programs since there are really victims of drugs who will need these.)

Even before he topped the senatorial race in the 2022 election, Padilla had been a staunch supporter of former President Rodrigo Duterte’s brutal war on drugs.

He argued that extrajudicial killings that marred the erstwhile administration’s war on drugs are part of the government’s efforts to combat criminality in the country.

Read Next
Tulfo grills BIR, BOC for going after online sellers instead of oil smugglers
EDITORS' PICK
Metro Manila now at moderate risk for COVID-19 — DOH
Pagasa: Storm Luis to exit PAR by Thursday
Peeking inside the superb night camera features of the vivo V25 series
House energy committee chair Arroyo bats for cheap electricity
POGOs not linked to Illegal online gaming, says Pagcor
Do all the things you do, faster
MOST READ
Remulla lambasts ICC chief prosecutor
Jean Garcia’s son Kotaro catches social media attention for being a V look-alike
Gov’t presses start to roll for 92 million ballots
Maxene Magalona on being asked why she has no kids: ‘It’s awkward, invasive, a bit rude’
Don't miss out on the latest news and information.