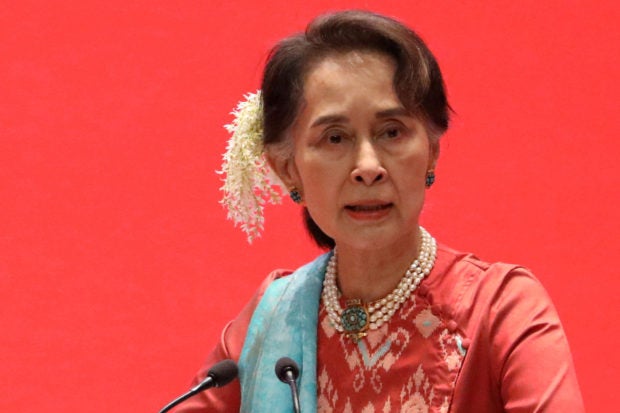 Yangon, Myanmar — A Myanmar junta court jailed ousted civilian leader Aung San Suu Kyi for six years for corruption on Monday, according to a source close to the case.

Suu Kyi was sentenced to “six years imprisonment under four anti-corruption charges,” said the source, who requested anonymity because they are not authorized to speak to the media.

Suu Kyi has been in military custody since a coup ousted her government in February last year, plunging the Southeast Asian nation into turmoil.

She appeared in good health and did not make any statement following her latest sentencing, the source added.

The Nobel laureate, 77, has already been sentenced to 11 years in jail for corruption, incitement against the military, breaching Covid-19 rules and breaking a telecommunications law.

She still faces a raft of other criminal charges, including violating the official secrets act, corruption and electoral fraud, and could be jailed for decades if convicted on all counts.

Journalists have been barred from attending the court hearings and Suu Kyi’s lawyers have been banned from speaking to the media.

More than 2,000 people have been killed and more than 17,000 arrested in a crackdown on dissent since the coup, according to local monitoring group Assistance Association for Political Prisoners.

Read Next
Pagcor, PCSO yet to remit contributions to PhilHealth
EDITORS' PICK
Metro Manila now at moderate risk for COVID-19 — DOH
Pagasa: Storm Luis to exit PAR by Thursday
Peeking inside the superb night camera features of the vivo V25 series
House energy committee chair Arroyo bats for cheap electricity
POGOs not linked to Illegal online gaming, says Pagcor
Do all the things you do, faster
MOST READ
SC affirms conviction of ex-Leyte mayor for allowing illegal cockfights
Airlines cancel 2,000 US flights for Thursday
Remulla lambasts ICC chief prosecutor
Badoy not with Office of the President, NTF-Elcac, under Marcos admin — solon
Don't miss out on the latest news and information.