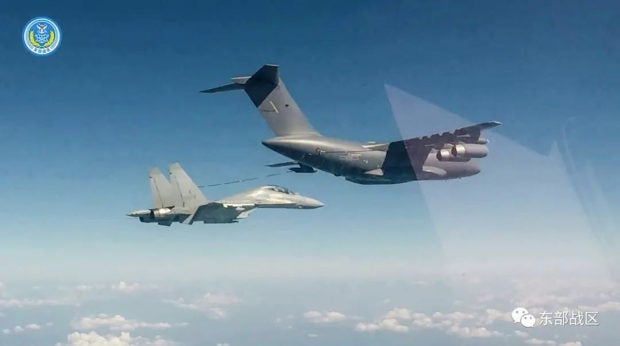 This handout image taken on August 9, 2022 and released by the Eastern Theater Command of the Chinese People’s Liberation Army (PLA) on August 10 shows an air-to-air refuelling of a PLA fighter jet during a military drill in an undisclosed location. AFP

HONG KONG — Taiwan saw a spike in online misinformation as China hosted huge military drills this month, much of it aimed at undermining the democratic island’s morale and pushing Beijing’s narrative.

China raged against a visit to Taipei by United States House Speaker Nancy Pelosi, sending warships, missiles and jets into the waters and skies around its self-ruled neighbor.

At the same time pro-China posts flooded social media with false and misleading claims about Pelosi and her Taiwanese hosts.

And as tensions in the Taiwan Strait rose to their highest level in years, fact-checkers played a round the clock game of whack-a-mole.

Charles Yeh, chief editor for Taiwanese fact-check site MyGoPen, said most of the misinformation his team had observed was anti-American and promoted the idea that the island should “surrender” to China.

“In addition to military exercises in the physical world, China has also launched offensives in the online world — cyberattacks and misinformation,” he said. 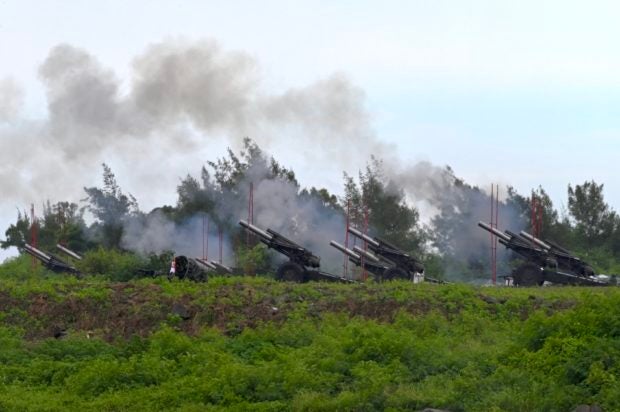 Pelosi, a veteran critic of Beijing’s human rights record, was the highest-ranking elected American official to visit Taiwan in decades and her journey generated huge interest in China.

A hashtag for her name attracted some 800 million views on China’s Twitter-like platform Weibo on the day she landed.

As millions watched a Weibo livestream of a flight-tracking site showing Pelosi’s flight landing in Taiwan, unsubstantiated claims emerged that her plane was forced to turn back to the US after she got heatstroke.

Some Chinese users leveled vicious insults at her, many of them misogynistic such as branding her an “unhinged hag” and questioning why she was allowed to avoid Taiwan’s strict Covid quarantine measures.

Asked about the reaction during her trip, Pelosi addressed the gendered criticism directly.

“I think they made a big fuss because I’m Speaker I guess,” she said.

“I don’t know if that was a reason or an excuse, because they didn’t say anything when the men came,” she added, referencing previous visits by male US politicians.

That comment sparked a wry chuckle from the woman standing next to her, Taiwan’s President Tsai Ing-wen. 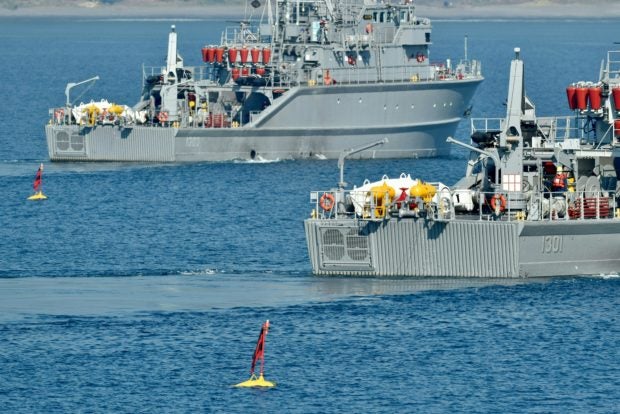 Navy soldiers demonstrate their combat skill on a minesweeper during the annual Han Kuang Drill, on the sea near the Suao navy harbor in Yilan county on July 26, 2022. A

Taiwan is one of Asia’s most progressive democracies and enjoys a much freer media environment than the authoritarian Chinese mainland, where a “Great Firewall” and pervasive state censorship keeps watch.

But this means misinformation often spreads easily, both on major social media sites and more local messaging boards such as PTT.

In one case, police arrested a woman accused of sharing a false message on the messaging app LINE saying that Beijing had decided to evacuate Chinese citizens in Taiwan.

In a media briefing, a police spokesman said the woman was trying to “destabilise Taiwan” by sharing the message.

The message –- viewed more than 356,000 times on the Chinese-owned app TikTok –- said Taiwan’s army would be disbanded and that an opposition party politician would be installed as governor.

AFP’s Fact Check team found no evidence that the state-run news agency had run such a report.

Another video falsely claiming the Kinmen Islands –- a collection of Taiwanese-controlled islands off the coast of mainland China –- had agreed to be transferred to Chinese rule racked up more than 80,000 views on YouTube within two days. 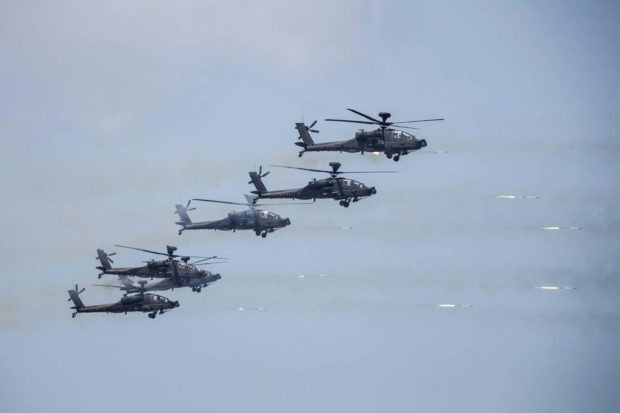 This handout photo taken and released by the Taiwan Defence Ministry on July 2, 2020 shows US-made AH-64E attack helicopters launching rockets during a drill in Taichung. AFP

“(Fact-checkers) mostly lay out the misleading claims and official clarification side by side, but by this point, the claims will have already achieved their purpose of shaping the public’s opinion,” she said.

Since 2018, a handful of Chinese-language fact-checking organisations have been founded in Taiwan, most of them non-profit organisations, citing a growing need to tackle misinformation that they say seeks to destabilise the island’s democracy.

MyGoPen and Taiwan’s FactCheck Center are among the Taiwanese organisations working with Meta, which owns Facebook, to reduce the spread of misinformation.

Chen said it was important for Taiwanese people to think critically about what they read online and not rely entirely on fact-checkers.

“It is easy (for us) to debunk this kind of misinformation, but it is more important for the public to rationally reject this kind of information and avoid falling into traps,” she said.