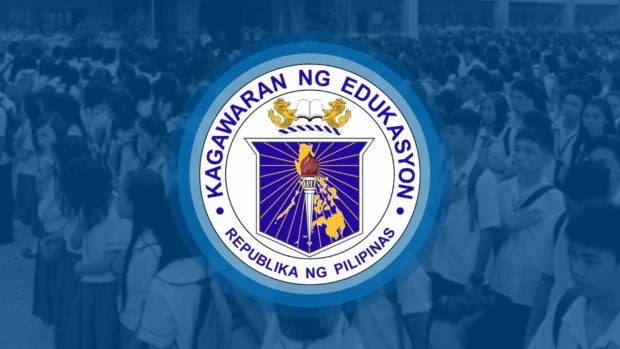 The logo of the Department of Education. INQUIRER.net FILE PHOTO

MANILA, Philippines — The Department of Education (DepEd), along with other concerned government agencies, on Monday launched “Oplan Balik Eskwela 2022” and a command center for the resumption of classes.

Vice President and concurrent Education Secretary Sara Duterte graced the launching ceremony held a week before the opening of face-to-face classes for School Year 2022-2023 on August 22. She thanked concerned agencies for their support.

“Thank you to our partners, from the other national government agencies and instrumentalities of the government. Thank you for your support for the efforts of the DepEd in opening in-person classes nationwide on August 22,” she said.

During the program, several agencies presented their plans and programs for the upcoming opening of classes.

DepEd Usec. Revsee Escobedo said the agency is planning to provide assistance and information, monitor smooth and orderly class reopening, and strengthen partnerships among government agencies and the private sector.

He said that DepEd would hold activities such as command conferences and the national school opening program to ensure a smooth and orderly resumption of classes.

Public assistance command centers will also be set up at the DepEd Central office in Pasig City and its regional offices from August 15-26.

Escobedo said the public might send their concerns through the DepEd’s social media accounts or electronic mail.

The Department of Health is pushing COVID-19 vaccination and routine immunization in schools, communities, workplaces, and places of worship.

Meanwhile, the Department of Social Welfare and Development said it prepares for its supplementary feeding program by procuring hot meals and fresh milk.

The Land Transportation Franchising and Regulatory Board (LTFRB) promised an adequate number of buses and pre-pandemic routes for the predicted student inflow.

LTFRB chair Cheloy Garafin said students would get free rides and urged drivers to give them their 20% discount.

The Metropolitan Manila Development Authority said it would deploy more than 2,000 personnel on the school opening day.

Buses, military trucks, and the PasigRiver Ferry Service will also be available for free rides, the MMDA added.

The Department of Information Communications Technology said it had provided free WiFi for 679 public elementary schools and 273 public high schools.

READ: Gov’t to install free WiFi in schools, even as PH gears for blended learning