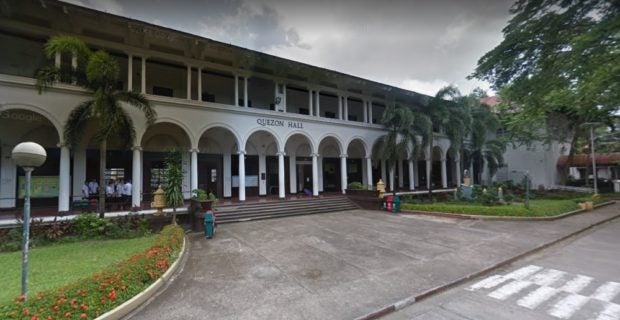 ILOILO CITY—Student organizations in this city have criticized the West Visayas State University (WVSU) administration for hiring First Lady Liza Araneta-Marcos as one of the newest faculty members at its College of Law.

They cited several cases filed against the Marcos family and Republic Act No. 10368 or the Human Rights Victims Reparation and Recognition Act of 2013, which sought to provide financial reparation to martial law victims under the late dictator Ferdinand Marcos Sr.

“The Marcoses have a long record of graft and corrupt practices, and human rights violations supported by judicial decisions, as well as blatant moves of historical revisionism, fake news peddling, and dis- and misinformation campaigns,” said the NUPL, whose members are from various law schools on Panay Island.

The organization also criticized the silence of the WVSU Law Student Council, which they said “left students hanging.”

“As the representatives of the WVSU-College of Law student body, it is the responsibility of the council to give a platform for the students to express their concerns and grievances and communicate these through the proper channels. We encourage these leaders not to just leave their constituents hanging and drowning to maintain security and status quo, [but] instead, lobby their concerns to the WVSU administration,” the NUPL said.

The WVSU University Student Council and several college and university-based organizations released a statement on Saturday objecting to the administration’s decision to hire the First Lady.

“It will never be a good example to the students to have a Marcos, who is the primary violator of laws and has pending accountabilities to the nation,” the statement read.

Hershey Geline Sumpay, university student council chairperson and Student Regent, likewise released her statement, calling the hiring of the First Lady into the university a “slap on the face.”

“The decision of the university to admit the First Lady to teach law is a slap on the face, not only to the core values that the institution enshrines, but also an insult to the justice system,” Sumpay said.

“A wife of a current President that faces tax evasion cases that will teach criminal law would be a grave insult to the victims of Martial Law led by her late father-in-law, who ruled as a despot and a dictator, that until now seeks justice,” she added.