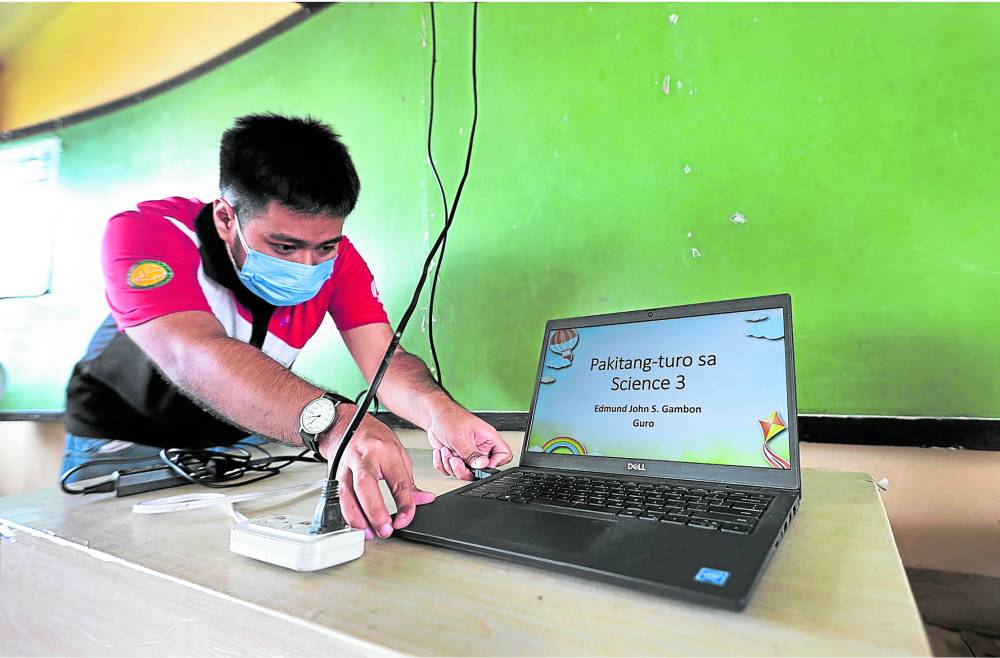 PRICEY BUT… Grade 3 teacher Edmund John Gambon checks the performance of a government-issued laptop at Apolonio Samson Elementary School in Quezon City on Tuesday. The Department of Education said it would test if indeed the laptops need replacement. —GRIG C. MONTEGRANDE

MANILA, Philippines — A resolution seeking to investigate the alleged overpriced and outdated laptops procured by the Department of Education (DepEd) through the Department of Budget and Management – Procurement Service (PS-DBM) has been filed at the Senate.

“[W]hen the procurement process is plagued with problems such as deficiencies, irregularities, and corruption, the government loses a huge amount of money,” Pimentel stated on his bill.

“But corruption in public procurement is not just about losing money. It also reduces the quality of work or services rendered by the government to the people, in this case, our child learners,” he lamented.

Based on a COA report, the DepEd settled with the price and specification recommendations made by the PS-DBM on the laptops, which cost P58,300 each.

Before tapping the PS-DBM, the DepEd allocated its P2.4-billion budget to purchase laptops worth P35,046.50 per unit.

The COA noted that the laptops procured were overpriced with low-end processors.

“[U]nsurprisingly, the COA Report revealed feedback gathered stating that the delivered laptops are too slow because the processor is Intel Celeron, which is outdated; and that the price is too high for the technical specifications provided by the DepEd,” said Pimentel.

With the purchase of the more expensive laptops, the number of the intended beneficiaries dropped from 68,500 to 39,583 public school teachers, said COA.