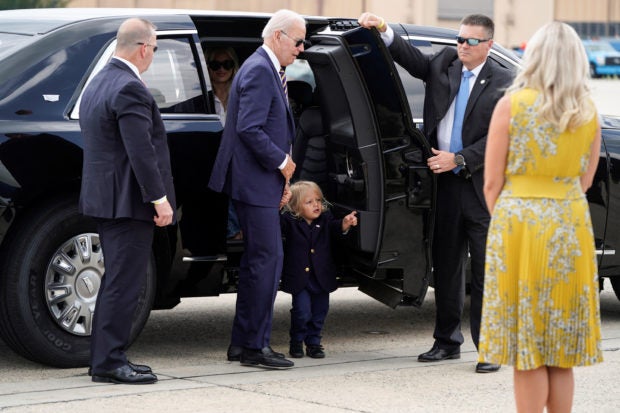 U.S. President Joe Biden steps from a limousine with his grandson Beau Biden before boarding Air Force One for Charleston, South Carolina, from Joint Base Andrews in Maryland, U.S., August 10, 2022. REUTERS

KIAWAH ISLAND, South Carolina — Finally over his coronavirus infection, President Joe Biden arrived in South Carolina on Wednesday to spend most of the next week on Kiawah Island, an oceanfront golf resort he has visited in the past.

He was greeted by hundreds of people, mostly supporters, who lined the street with American flags and other signs, including some that were critical.

Kiawah’s Ocean Course was the site of Phil Mickelson’s 2021 victory in the PGA Championship and the U.S. team’s 1991 win over Europe in the Ryder Cup.

Biden has spent many weekends at his homes in the Delaware cities of Wilmington and Rehoboth Beach but had not been to Kiawah Island since taking office in January 2021.

He was a regular visitor to the island south of Charleston as vice president.

Biden, joined by first lady Jill Biden and other family members, was staying at a home on the island.

Biden, 79, just got over a bout of COVID-19 and as of Tuesday still had a lingering cough.

Presidents in the past have held news conferences prior to leaving on their traditional August vacations but Biden did not have one this time. 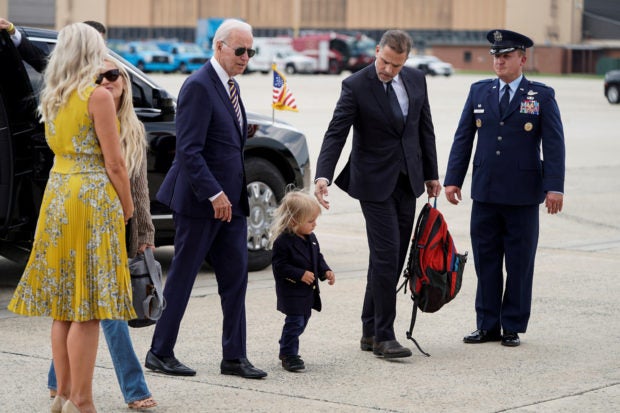 Before departing he signed the PACT Act, which expands Veterans Administration healthcare and benefits for veterans exposed to toxic substances in burn pits and elsewhere.

Biden left Washington after a string of recent legislative successes, including a bill he signed on Tuesday aimed at boosting the U.S. semiconductor industry.

Those wins helped boost Biden’s public approval rating to 40%, its highest level since early June, according to a Reuters/Ipsos opinion poll completed on Tuesday.

Despite the victories, Democrats have been caught up in a debate on whether Biden should seek re-election in 2024 or turn to a younger candidate to lead the party going forward.

White House press secretary Karine Jean-Pierre reiterated on Tuesday that Biden planned to run for another four-year term in 2024.

Jean-Pierre told reporters Biden was not given a heads-up ahead of an FBI raid on Monday at the Palm Beach, Florida, home of his predecessor, Republican Donald Trump.

With second negative COVID-19 test, Biden exits isolation and gets back on the road