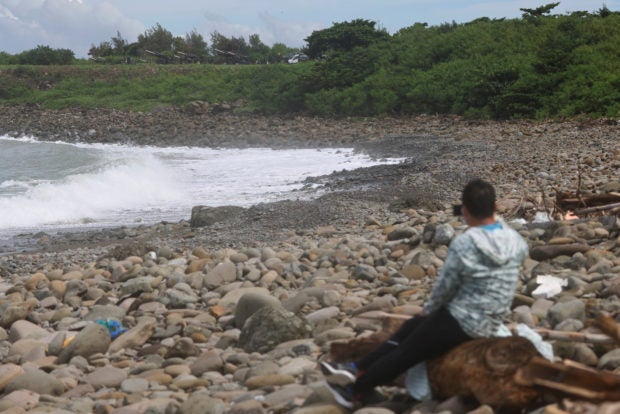 An onlooker takes images as soldiers take part in an annual live fire military exercise with 155mm howitzers while a man uses his cellphone to take images by the shore in Pingtung county, southern Taiwan August 9, 2022. REUTERS

PINGTUNG, Taiwan — Many people on self-ruled Taiwan look upon China’s unprecedented military exercises with calm resignation, doubting that war is imminent and if anything, feeling pride in their democratic island’s determination to defend itself.

China, reacting to a visit to Taiwan last week by Nancy Pelosi, the U.S. House speaker, has sent ships and aircraft across an unofficial buffer between Taiwan and China’s coast and missiles over its capital, Taipei, and into waters surrounding the island since Thursday.

But Rosa Chang, proudly watching her son take part in Taiwan military exercises that included dozens of howitzers firing shells into the Taiwan Strait off Pingtung, in the island’s far south, said China’s behaviour was “childish”.

“It’s like a group of children threatening you and telling you what to do … China really doesn’t have to do all this,” Chang said.

Lou Wei-Chieh, a military director general of political warfare, told reporters the annual live-fire exercises aimed at beating back invaders intent on storming island beaches, were routine and “unrelated to the current situation”.

China claims Taiwan as its own and has never ruled out taking it by force, if necessary.

Taiwan rejects China’s sovereignty claims, says the island’s people should decide its future and vows to defend its democracy and freedom. Taiwan says China was using Pelosi’s trip as a pretext for intimidation it had long had in the works.

Many in Taiwan say they are accustomed to decades of sabre-rattling and see little cause for alarm.

Taiwan has lived under the threat of Chinese invasion since 1949 when the defeated Republic of China government fled to the island after defeat in a civil war to Mao Zedong’s Communist Party.

Others have rallied round to support the Taiwan government’s defiance.

China said this week it would conduct more drills focusing on anti-submarine and sea assault operations – confirming the fears of some security analysts and diplomats that it would keep up the pressure on Taiwan’s defenses.

But on Liuqiu island, a picturesque tourist spot near one of the areas where the Chinese military was conducting exercises last week, people were largely indifferent.

He said no one had canceled their holiday bookings.

“It’s unlikely that conflict will happen.”