Democrats, Republicans sponsor bill to give thousands of Afghans path to citizenship 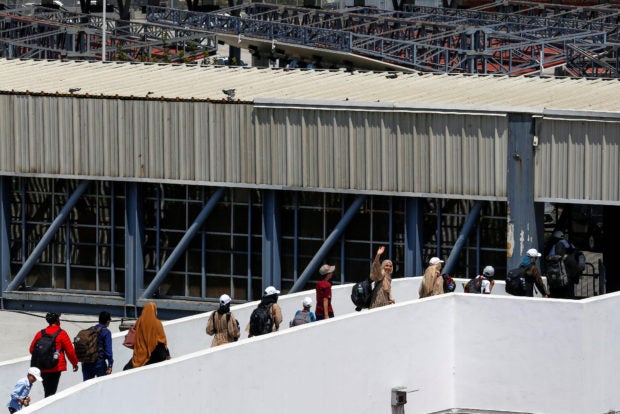 Members of the Afghan families Karimzai and Salarzai, who fled Afghanistan after the Taliban seized power, cross through the El Chaparral port of entry after being allowed to enter the U.S. as asylum seekers with Title 42 exception, in Tijuana, Mexico, July 22, 2022, REUTERS

WASHINGTON — Bipartisan legislation has been introduced in both houses of U.S. Congress to establish a path to American citizenship for thousands of Afghan evacuees admitted to the United States on temporary immigration status, the sponsors announced on Tuesday.

The bill also would expand eligibility for Special Immigration Visas (SIVs) beyond Afghans who worked for the U.S. government to those who fought alongside U.S. forces as commandoes and air force personnel, and to women who served in special counterterrorism teams.

Identical versions of the bill were introduced days before the first anniversary of the final U.S. troop withdrawal and the chaotic evacuation operation that ended America’s longest war and saw the Taliban overrun Kabul.

“We must keep our commitment to provide safe, legal refuge to those who willingly put their lives on the line to support the U.S. mission in Afghanistan,” Democratic Representative Earl Blumenauer, co-sponsor of the House bill with Republican Peter Meijer, said in a statement.

Even so, a congressional aide, speaking on condition of anonymity, said the measure likely will face “resistance” from anti-immigration Republicans.

Many of the 76,000 Afghans flown out in last year’s evacuation operation entered the United States on humanitarian parole, a temporary immigration status that typically only lasts up to two years.

The legislation would allow those evacuees to apply for permanent legal status if they submit to additional background checks.

Generally, those Afghans only can gain permanent legal status in the United States by applying for asylum or through SIVs, programs beset by major backlogs.

EXPLAINER: What happens now that US troops have left Afghanistan?

With Afghan debacle, will allies trust US?

‘Just the clothes on me’: Afghans escape to new US life