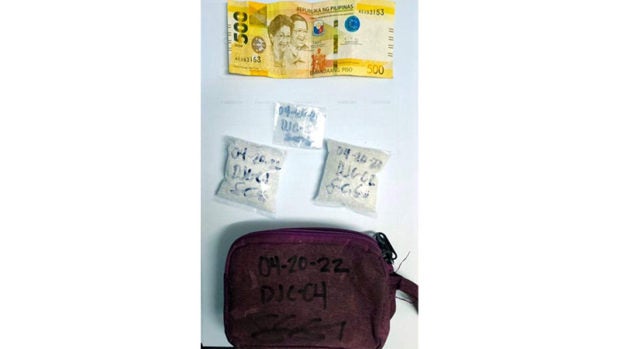 Gocalin was on the illegal drugs watch list in Sorsogon.

In Pioduran town in Albay, police arrested at 12:20 p.m. Ronald Mendez, 24, and Avil Suicon, 33, in Barangay Caratagan. Seized from them were six sachets of suspected shabu worth P6,800.

In Barangay Sta. Rosa del Sur in Pasacao, Camarines Sur, police collared at 9:15 p.m. Marlon Bandol, 25, and confiscated from him a sachet of shabu worth P500.

In Barangay Concepcion Pequeña at Naga City, also in Camarines Sur, police held around 3:45 p.m. Lorna Lucero, 50. She was carrying two sachets of shabu worth P4,080.

All suspects will be charged with violating the Comprehensive Dangerous Drugs Act of 2002.