A year after Taliban’s return, some women fight for lost freedoms | Inquirer News

A year after Taliban’s return, some women fight for lost freedoms 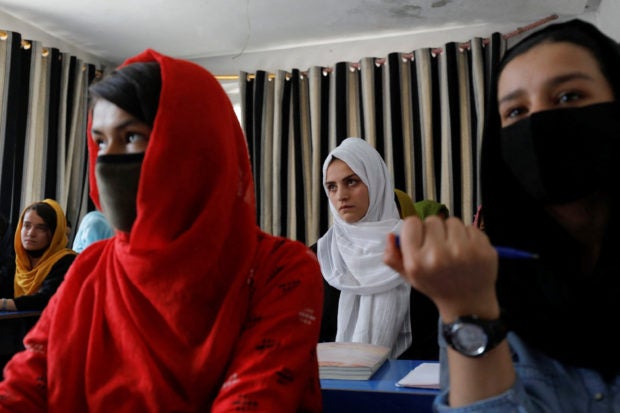 Kerishma Rasheedi, 16, and her classmates attend a lesson at a private school in Kabul, Afghanistan, August 3, 2022. REUTERS

KABUL — Monesa Mubarez is not going to give up the rights she and other Afghan women won during 20 years of Western-backed rule easily.

Before the hardline Islamist Taliban movement swept back to power a year ago, the 31-year-old served as a director of policy monitoring at the finance ministry.

She was one of many women, mostly in big cities, who won freedoms that a former generation could not have dreamed of under the Taliban’s previous rule in the late 1990s.

Now Mubarez has no job, after the Taliban’s strict interpretation of Islamic law severely limited women’s ability to work, required them to dress and act conservatively and closed secondary schools to girls across the country.

Under the new government, there are no women in the cabinet and the Ministry of Women’s Affairs was shut down.

“One war ended, but the battle to find a rightful place for Afghan women has started … we will raise our voice against every injustice until the last breath,” said Mubarez, who is among the most prominent campaigners in the capital Kabul.

Despite the risk of beatings and detention by Taliban members patrolling the streets in the weeks after the Western-backed government was toppled, she took part in several protests that broke out, determined to protect her hard-fought rights.

Those demonstrations have died down – the last one Mubarez took part in was on May 10. 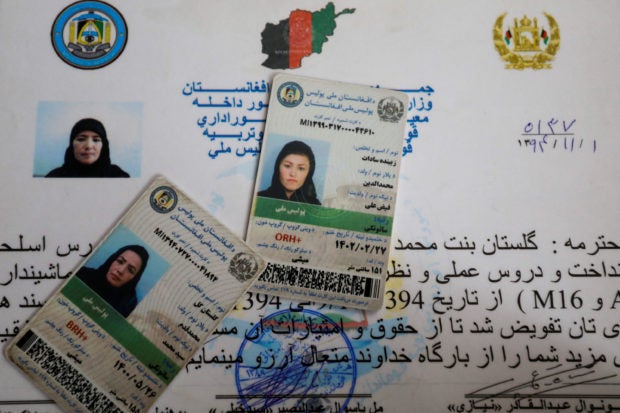 But she and others meet in homes in private acts of defiance, discussing women’s rights and encouraging people to join the cause. Such gatherings would have been virtually unthinkable the last time the Taliban governed Afghanistan.

During one such meeting at her home in July, Mubarez and a group of women sat in a circle on the floor, spoke about their experiences and chanted words including “food”, “work” and “freedom” as if they were at an outdoor rally.

“We fight for our own freedom, we fight for our rights and status, we work for no country, organisation or spy agency. This is our country, this is our homeland, and we have every right to live here,” she told Reuters.

The country representative for UN Women in Afghanistan, Alison Davidian, said stories like Mubarez’s are being repeated across the country.

“For many women across the world, walking outside the front door of your home is an ordinary part of life,” she said. “For many Afghan women, it is extraordinary. It is an act of defiance.”

While rules on women’s behaviour in public are not always clear cut, in relatively liberal urban centers like Kabul they often travel without a male chaperone. That is less common in more conservative regions, largely in the south and east.

All women are required to have a male chaperone when they travel more than 78 km (48 miles). 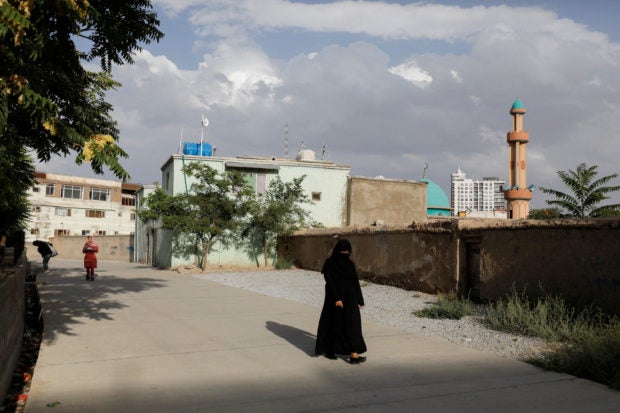 Golestan Safari, 45, walks back from work to her house in Kabul, Afghanistan, August 4, 2022. REUTERS

The Taliban’s treatment of girls and women is one of the main reasons why the international community refuses to recognize Afghanistan’s new rulers, cutting off billions of dollars in aid and exacerbating an economic crisis.

Senior officials at several ministries said that policies regarding women were set by top leaders and declined to comment further. The Taliban leadership has said all Afghans’ rights will be protected within their interpretation of sharia.

Rights groups and foreign governments have also blamed the group for abuses and thousands of civilian deaths while fighting an insurgency against U.S.-led foreign troops and Afghan forces between 2001 and 2021.

The Taliban said they were resisting foreign occupation, and since returning to power have vowed not to pursue vendettas against former enemies. In cases where reprisals were reported, officials said last year they would investigate.

Afghanistan remains the only country in the world where girls are banned from going to high school.

In March, the group announced that female secondary schools would reopen, only to reverse its decision on the very morning that many girls had turned up excitedly for school. 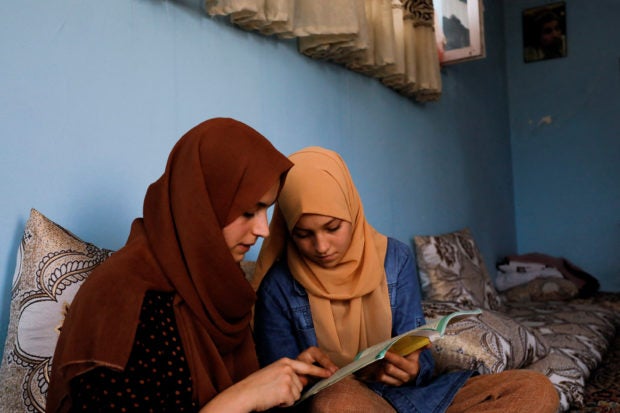 Kerishma Rasheedi, 16, and her friend Bereshna Hesar study at her house in Kabul, Afghanistan, August 3, 2022. REUTERS

Some have managed to enrol for private tutorials or online classes to continue their education.

“We are hopeful about schools reopening,” said Kerishma Rasheedi, 16, who started private tuition as a temporary measure. She wants to leave the country with her parents so that she can return to school if they remain shut in Afghanistan.

“I will never stop studying,” said Rasheedi. She moved to Kabul with her family from the northeastern province of Kunduz after their house there was hit by rockets during clashes in 2020.

The international community continues to advocate for female rights and leadership roles for women in public and political life. Some women said they have had to accept the new norms in order to make ends meet.

Gulestan Safari, a former female police officer, was forced to change her career after the Taliban stopped her from entering the police department.

Safari, 45, now carries out domestic chores for other families in Kabul.

“I loved my job … we could afford to buy everything we wanted; we could buy meat, fruit.”