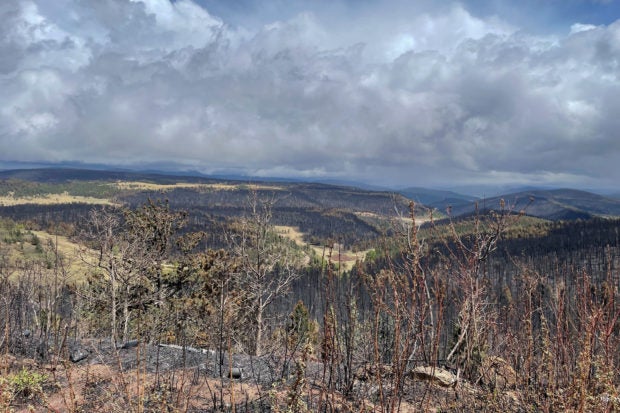 TAOS, N.M. — A man drowned on Sunday in northern New Mexico when a flash flood swept through a burn area left by the state’s largest recorded wildfire, according to a local rancher, marking the fourth such death reported in just over two weeks.

A torrent of water carried the man’s pickup truck off highway 434 at about 2 p.m. some nine miles northeast of the town of Mora, according to Kenny Zamora, who said the man’s vehicle was found on his ranch.

“The water was so strong it pushed him into the arroyo,” said Zamora, using the term for an usually dry riverbed that runs during heavy rain.

New Mexico State Police did not immediately respond to a request for comment.

The reported incident follows the deaths of three people after flash flooding on July 21 in part of the burn area near the town of Las Vegas, New Mexico.

Zamora said it was the fifth flash flood to hit his ranch.

The wildfire and subsequent flooding has left devastation up a 45-mile swathe of the Sangre de Cristo Mountains northeast of Santa Fe where an area the size of Los Angeles has burned.

Over 430 homes have been destroyed since the climate-driven blaze started in April when two federal prescribed fires went out of control.

Factbox: Wildfires breaking out across the world