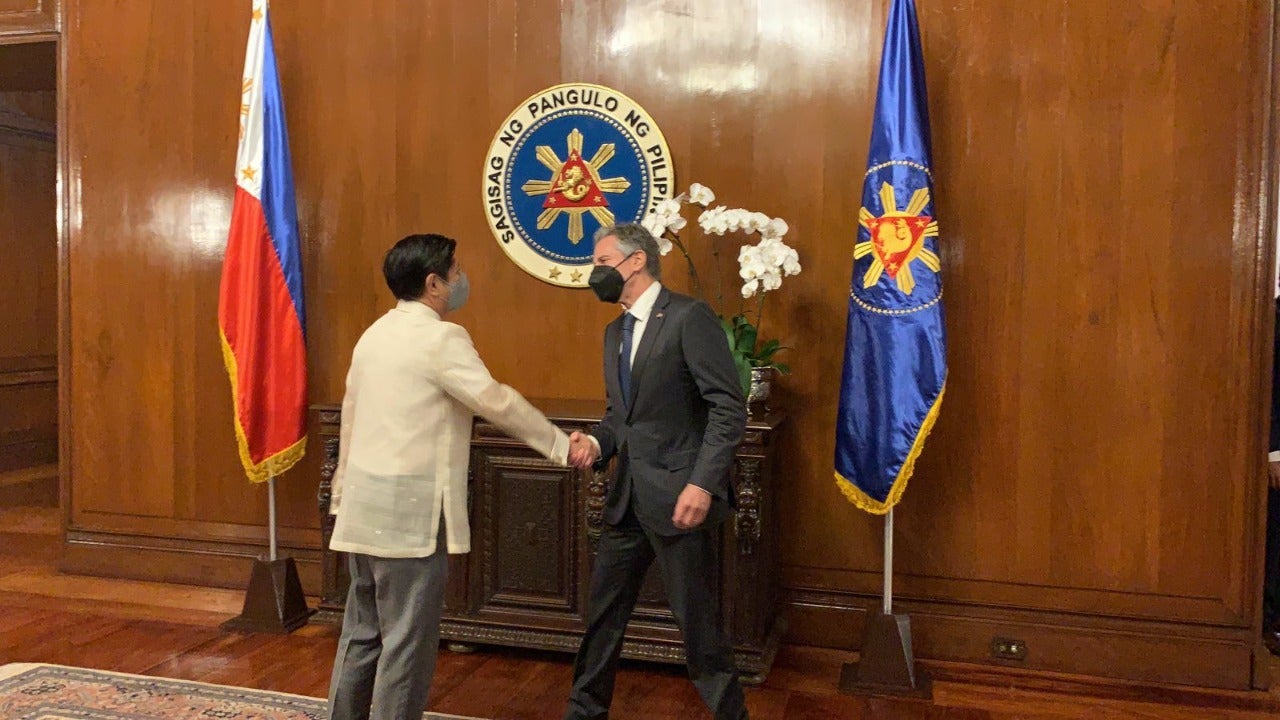 Signed in August 1951, the MDT between the Philippines and the US tied the two nations together to support each other should one of them be on the receiving end of external aggression.

“The Mutual Defense Treaty is in constant evolution. I’d like to think of it,” Marcos Jr. said during the courtesy call. “As I spoke with your Ambassador some time when she came, is that we cannot, we can no longer isolate one part of our relationship from the other. We are too closely tied because of the special relationship between the US and the Philippines, and the history that we share.”

Marcos Jr. also noted that the assistance and help the US has extended to the Philippines over the years “can no longer be categorized as one thing or another because they cover such a large scope.”

Blinken later assured Marcos Jr. that the US remains committed to its relationship with the Philippines on multiple fronts, particularly on issues concerning the economy and defense.

“We’re also working together as partners in so many areas particularly economically, and of course, the alliance is strong… We’re committed to the mutual defense treaty. We’re committed to working with you on shared challenges,” the US official said.

Blinken, upon arriving in the Philippines on Friday night, shared his hopes to strengthen US-Philippine relations by reaffirming their “shared commitments to democracy, human rights, the rule of law, and prosperity” during his first visit to the country under Marcos Jr.’s administration.

READ: US Secretary of State Blinken arrives in PH for official visit

After his courtesy call at the Palace, he is scheduled to meet with Foreign Affairs Secretary Enrique Manalo and then hold a joint press conference with him later in the afternoon.