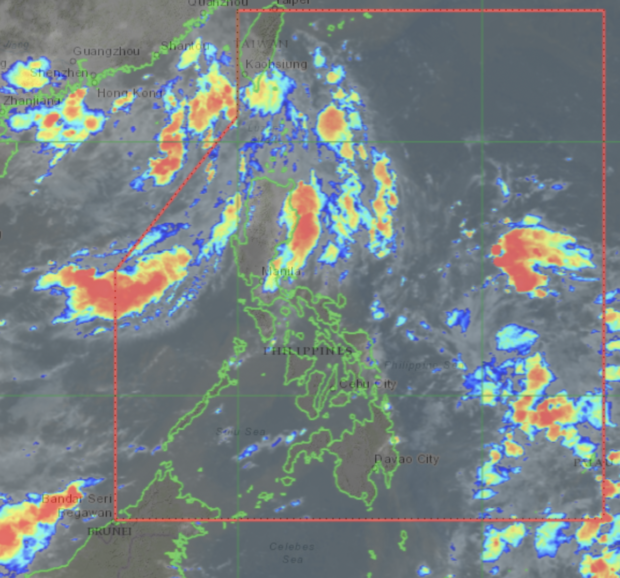 In its early morning weather forecast on Wednesday, the Philippine Atmospheric, Geophysical and Astronomical Services Administration (Pagasa) said the southwest monsoon, locally known as “habagat,” will primarily affect northern Luzon — such as the provinces of Ilocos Sur, Ilocos Norte, Cagayan and Batanes, and provinces in CAR.

These areas will experience scattered rains and thunderstorms.

(Cloudy skies. scattered rains and thunderstorms due to the southwest monsoon will affect the areas of Cordillera Administrative Region, Ilocos Norte, Ilocos Sur, Cagayan and Batanes.)

Metro Manila, Central Luzon and other parts of the country will experience partly cloudy to cloudy skies with chances of rain and thunderstorms also due to the southwest monsoon.

Meanwhile, del Mundo said cloud clusters can be found east of Visayas and Mindanao, which Pagasa will continue to monitor in the following days.

He said Visayas and Mindanao will experience warm weather in the morning, with the possibility of rains in the afternoon due to localized thunderstorms.

(Slight to moderate waves will be felt but there is a chance that waves can rise due to a severe thunderstorm.)

‘Habagat’ to bring rain over parts of Luzon