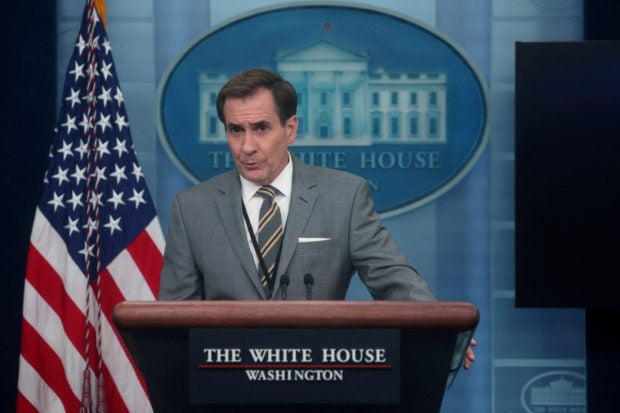 WASHINGTON — The Biden administration wants to keep tensions between Washington and Beijing inflamed by a high level visit to Taiwan from boiling over into a conflict, White House national security spokesman John Kirby said on Tuesday.

In a briefing with reporters, Kirby noted that House Speaker Nancy Pelosi was within her rights to visit Taiwan on Tuesday but also stressed that the trip did not constitute a violation of Chinese sovereignty or America’s longstanding “one-China” policy.

“What we don’t want to see is this spiral into any kind of a crisis or conflict,” Kirby told reporters in a Tuesday briefing. “There’s just no reason to amp this up,” he added.

Pelosi arrived in Taiwan late on Tuesday on a trip she said shows an unwavering American commitment to the Chinese-claimed self-ruled island, but China condemned the highest-level U.S. visit in 25 years as a threat to peace and stability in the Taiwan Strait.

Chinese warplanes buzzed the line dividing the Taiwan Strait before her arrival, and the Chinese military announced joint air and sea drills near Taiwan starting on Tuesday night and test launches of conventional missiles in the sea east of Taiwan, with Chinese state news agency Xinhua describing live-fire drills and other exercises around Taiwan from Thursday to Sunday.

Kirby also said that the United States will continue to operate in the seas and skies of the Western Pacific.

China considers Taiwan part of its territory and has never renounced using force to bring it under its control. The United States warned China against using the visit as a pretext for military action against Taiwan.

Beyond the military moves, Kirby said China could use “economic coercion” against Taiwan without going into detail.