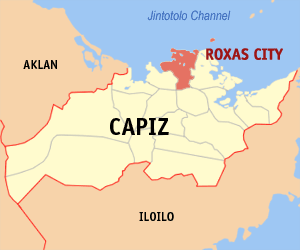 ILOILO CITY — A Capiz provincial board member has alleged that former governor Esteban Evan Contreras’ administration did not follow the provincial ordinance on scholarships for students.

Board Member Thea Faith Reyes (1st district), chairperson of the provincial board’s education committee, said that the number of “Private Merit” scholarships ballooned to 1,514 under Contreras in excess of the maximum of 250 as mandated by the ordinance.

Numbers also swelled under the Educational Financial Assistance Program (EFAP), which had 970, well over the ordinance’s allocation of 500.

Reyes bared that they also did not find any documents under the “Public Merit” program, which refers to scholars studying in state universities and colleges.

Scholarships for Environmental Management, Veterinary Medicine, Agriculture, and Fisheries (EVAF) students were under-allocated, said Reyes, as there were only 49 verified scholars out of the 125 total allocations.

As to the allocated budget, she said that the Contreras administration had already used up half of the total, with P7 million paid to private schools in the first semester alone and P490,000 for EVAF.

For EFAP, P970,000 was released. Each scholar received P1,000, but Reyes stated that the ordinance supposedly provided for a P1,500 assistance per student per semester.

This left the provincial government with P1.94 million in scholarship allocations for the rest of the year.

All of these were based on documents submitted to the Education committee pertaining to the Capiz Scholarship and Educational Assistance Program (CSEAP).

In a press release, Reyes said that the Sangguniang Panlalawigan of Capiz will pass the revised scholarship ordinance based on the committee’s findings.

He also encouraged the Committee on Education to update the provincial government’s inventory of scholars, assess the necessary allocations to augment this year’s fund shortage, and continue investigating anomalies under the previous administration, especially how the P20 million allocation for the Academic Year 2020-2021 was easily depleted.