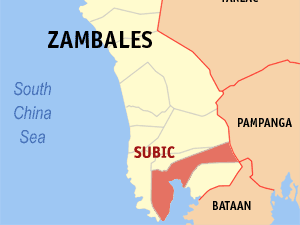 SUBIC, Zambales—A driver died, and his helper was injured on Tuesday, August 21, after their 10-wheeler truck fell into a roadside ravine in this town.

In a radio interview, Manalo said Flores and his helper were traveling on the Govic Highway at Barangay Mangan-vaca in this town when the truck’s brakes malfunctioned.

The truck, loaded with animal feeds, came from Bulacan province and was heading to Masinloc town in Zambales at the time of the accident.

Flores was pinned underneath, which led to his instant death. His helper, Eduardo de Los Reyes, suffered minor injuries and was taken to a nearby hospital, said Manalo. INQ