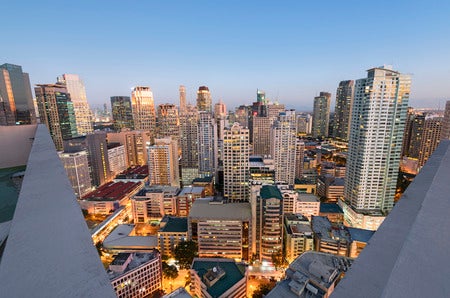 MANILA, Philippines — To achieve sustainable growth for the Philippines, public officials should improve governance while addressing the problems Filipinos deem the most crucial in their daily lives.

This was the central idea in a virtual roundtable discussion – “A Government Agenda for Development in the Marcos Jr. Presidency” — that was held last July 28, three days after the first State of the Nation Address (Sona) of President Ferdinand Marcos Jr.

Several experts in public policy, governance, and economics joined the discussion that was organized by the Stratbase ADR Institute and Democracy Watch Philippines  and attended by

According to Victor “Dindo” Manhit, Stratbase president, the economic consequences of the COVID-19 pandemic need to be addressed, citing a recent Pulse Asia survey showing 77 percent of Filipinos rated themselves as poor.

“There is enough legal framework to move from a consumption-based economy to an investment-led growth,” Manhit said.  “But we need sound fiscal management to attract local and foreign investment.”

Dr. Julio C. Teehankee, a political science and international studies professor at De La Salle University, proposed that the Marcos administration should begin with “minimal practicable results, working up to the more complex and widespread changes.”

Teehankee also noted that the administration should revisit political parties, the conduct of elections, and a change in the Constitution.

Raul Pangalangan, a former judge at the International Court of Justice, pointed out that many the reforms proposed by President Ferdinand Marcos Jr. would already require constitutional change.

“Once again we might see a constitutional change attempt as a mechanism to lift term limits or otherwise pave the way for the continuation of the incumbent in power,” Pangalangan said.

“This would involve the creation of smart, inclusive, and resilient local government units that rely on open data and governance innovations that address a demand for better public services,” he said.

Calixto Chikiamco, president of the Foundation for Economic Freedom, highlighted three sectors that need to be given priority: agriculture, forestry, and energy.

Zy-za Nadine Suzara, executive director of the Institute for Leadership, Empowerment, and Democracy, recommended increasing the “absorptive capacities of agencies in the bureaucracy so that they could implement programs as envisioned.”

“Without a strong commitment to good governance and anti-corruption, it will be difficult to achieve expenditure results, fiscal sustainability, and better yet, meaningful development outcomes for our country,” she said. “Fiscal policy will only benefit society if it is contingent on addressing democratic deficits.”

Suzara also said that civil society must reclaim that space and participate in democratic governance for the benefit not just the elite and the politicians but various other sectors of society.

Dr. Ronald Mendoza, former dean of the Ateneo School of Government, said a balance of priorities would be crucial to the Marcos administration.

He said that, while he saw some good signs during the Sona, there was also a signal of increased spending and higher investments in other areas.

“What that will result in, likely, is a challenge for balancing priorities as well as a drive to improve governance, particularly in tax collection as well as in spending efficiency, lessening leakages, and focusing spending on key areas,” he said.

She sad Filipinos should check the executive branch because not doing so could lead to impunity, violence, and a lack of accountability.

Manhit has previously pointed out that Marcos talking about his targets and his legislative agenda showed that he had given the country’s political, social, and economic direction thought.

“However, these plans of action still need to be explained and so these could address Filipinos’ most urgent concerns, particularly within the year,” Manhit said. 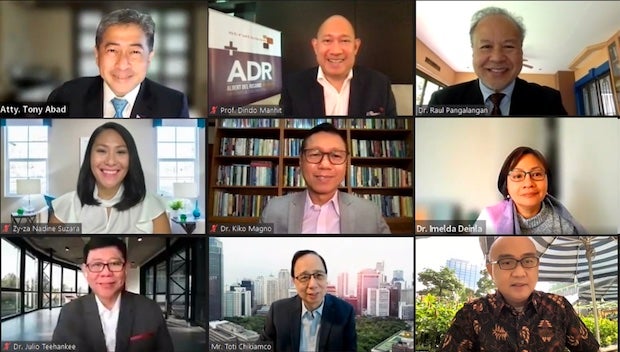 Outside of Sona, the promises made by Bongbong Marcos

Outside of Sona, the promises made by Bongbong Marcos