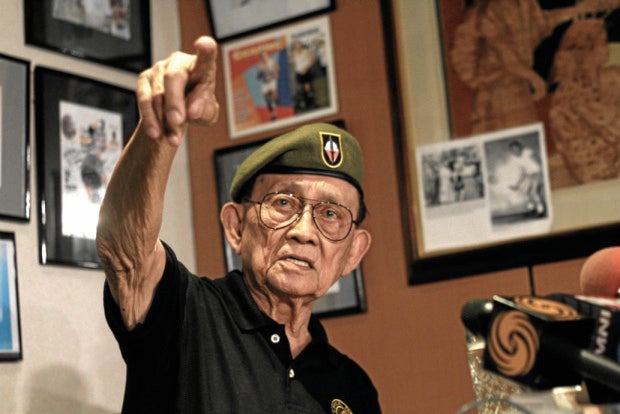 MANILA, Philippines — The Department of Foreign Affairs (DFA) on Monday mourned the passing of former President Fidel V. Ramos, whom it described as a “foreign policy” president.

“President Ramos was widely considered as a foreign policy president who shaped the evolution of the DFA by instituting economic diplomacy and the protection of overseas Filipinos as pillars of Philippine foreign policy,” the DFA said in a statement.

It added that Ramos’ state visits to other nations during his presidency focused on post-Cold War opportunities, effectively raising the profile of the Philippines globally.

The DFA also commended Ramos for the Migrant Workers and Overseas Filipinos Act, which it said, “decreed higher standards of protection and the promotion of the welfare of migrant Filipino workers, and their families and distressed Filipinos abroad.”

“President Ramos demonstrated a keen understanding of government service and a strong work ethic that inspired generations of public servants,” the DFA said.

In a separate statement, Foreign Affairs Secretary Enrique Manalo said the Philippines “lost one of its chief statesmen who implemented systemic reforms to effect change at a critical time for the Philippines.”

“His leadership through the Philippines 2000 steered our country to greater economic heights, with his opening of the Philippine economy and relentless campaigning for the country’s economic potential to the international community,” Manalo pointed oit.

He added that Ramos’ contributions to the Philippines’ foreign policy will continue to benefit future generations of Filipinos.

For their part, Senators Sherwin Gatchalian and Francis Escudero and Risa Hontiveros extended their condolences to the family of Ramos.

Gatchalian touted how Ramos’ presidency “brought a period of political and economic growth” to the country, putting the Philippines on the map for being the  “Rising Economic Tiger of Asia.”

“He was a leader in contemporary history who, not only promoted the importance of institutions but also, adopted competence in governance,” he said in a statement.

“He was instrumental in regaining the country’s freedom and stayed true to his oath in the military by protecting the nation and quelling many coup attempts in the past,” Gatchalian added.

Escudero, meanwhile, pointed out how Ramos had a part in historic events in the country, including the 1986 Edsa Revolution, which, he said, brought back democracy in the country.

“With his death, the nation has lost a true patriot and a great leader. FVR will be remembered as a military hero, statesman, reformer, builder, and peacemaker,” Escudero said.

(It is an honor for our family that my father, Sonny Escudero III, was able to serve in Ramos’ Cabinet as the agriculture secretary.)

Hontiveros also touted Ramos’ role in the Edsa People Power Revolution, saying his “unexpected courage” was a force of nature that encouraged many other longer-standing freedom fighters.

She also said Ramos, during his presidency, laid down a strong foundation for political recovery and economic stability, which she said, “reinvigorated a country emerging from the very dark shadow of the Martial Law dictatorship.”

“I also echo his belief that land reform and strengthening agriculture are pillars of peace in the rural areas. Pres. Ramos saw tillers owning their own land as being fundamental to deepening Philippine democracy,” the opposition senator said.

“Peace and stability, which took top priority in his 5-point program, also set the stage for talks and negotiations with separatist groups, which broke down barriers and led to a landmark peace agreement,” she added.

Ramos died at the age of 94 on Sunday.